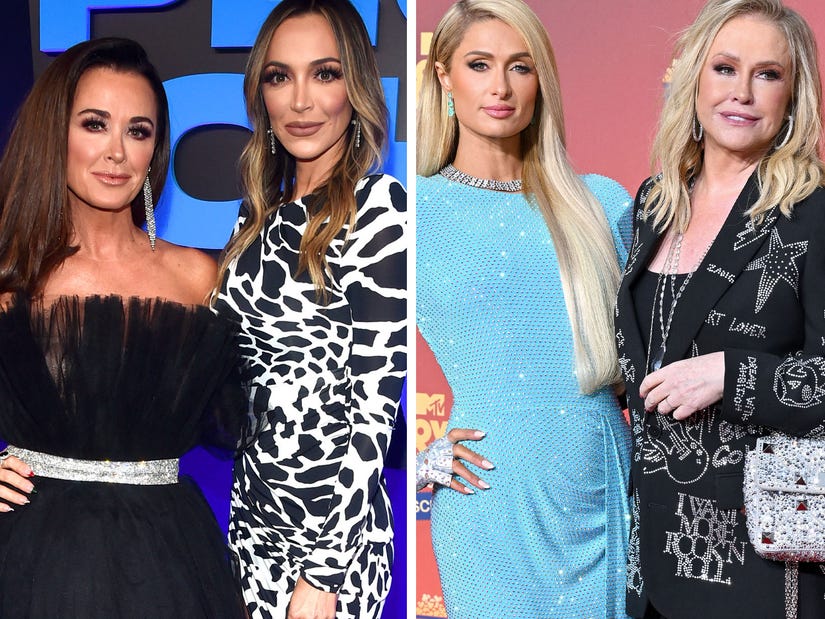 Kyle Richards' daughter Farrah Aldjufrie is speaking out about whether her mom's feud with Kathy Hilton has affected her own relationship with cousin Paris Hilton ... and how they've been navigating the drama as a whole.

In case you somehow missed it all, this past season on "Real Housewives of Beverly Hills," Lisa Rinna accused Kathy of spewing some pretty vile comments about both her sister and the rest of the cast during a drunken rant in Aspen. While Kathy apologized to her sister and Kyle seemed ready to move on, neither Rinna nor Erika Jayne would drop the subject -- and it really blew up at the reunion. As the episodes aired, Paris also added fuel to the fire by liking a ton of shady tweets about her aunt, including one saying Kyle should be fired from the show.

Appearing on the #NoFilter with Zack Peter podcast this week, Farrah was first asked whether she and Paris have talked about the latter's Twitter behavior.

"We don't talk about it, no. It's too painful. We're both very defensive of our moms — but we're also extremely, extremely close," she shared. "If we let that interrupt our dynamic, it would be just too painful, really, and too hard to untangle. So we let our moms do their thing and we just shut it out."

After it was noted that Farrah saw Paris at a recent baby shower for Kim Richards' daughter -- as well as a party Hilton threw for her 1-year wedding anniversary over the weekend -- she added, "Hopefully everything's going to be okay soon. It's really hard to deal with."

Aldjufrie also said she's wanted to come to her own mother's defense on social media, especially after this most recent season of RHOBH.

"This last season of her show, I was very worked up. I wanted to respond to every person and just be like, 'You don't know everything, like, you just don't know,'" she explained. "And it does bother me that she gave so much for all those years and was so loved and beloved, but people, this audience, is so fickle; they want to see what they want to see if they like certain people, they can do [no] wrong. If they turn on you, then there's nothing you can do right, and that part is like, where's the loyalty?" 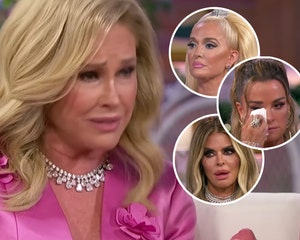 Farrah currently stars on "Buying Beverly Hills" with her sister Alexia Umansky -- but, when asked whether seeing Kyle's relationship with Kathy implode gave her any hesitation about doing a show with her own sibling, she said that wasn't the case.

"No. [Kyle and Kathy] have their own, you know, issues and things they've been dealing with for years," she said. "My sisters and I, we don't have those issues, but also we're a lot younger so there's a lot less, you know, time that we could have and also our age gaps, so luckily we don't have those kinds of things to deal with. Hopefully we never will!"

Season 1 of "Buying Beverly Hills" is streaming now on Netflix. 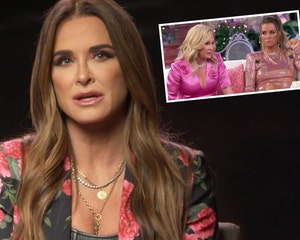