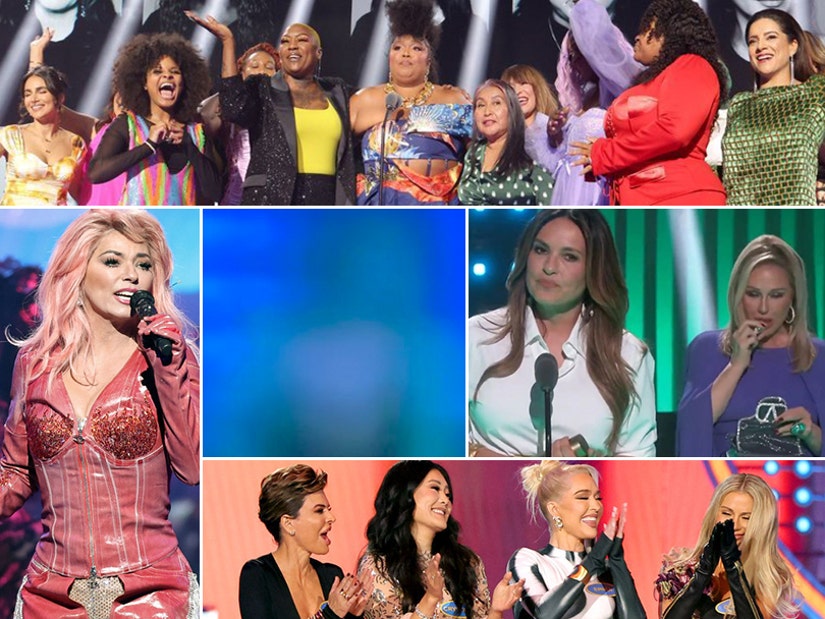 It's a good thing the award recipients helped bring some great moments to the 2022 People's Choice Awards, because the comedy was landing with a thud.

Kenan Thompson hosted the live event on NBC and right from the top, he did not have the audience. Doesn't he know that "Yellowstone" is the most popular television show in history that no one actually seems to watch?

His parody of the hit Kevin Costner series was just the first of several comedy duds throughout the night that had us wondering if there was a writers' strike we didn't know about.

Considering this is a 20-year "Saturday Night Live" veteran who's been doing comedy since he was a child, we really thought he'd bring stronger material. But when fellow "SNL" legend Amy Poehler came out and bombed with the audience, too, we just buckled up for a long night.

Thankfully, there were plenty of other moments throughout the night that were worth getting excited about, and even a few genuine laughs. They weren't all intentional, mind you -- **cough**Kathy Hilton**cough** -- but they did help reinvigorate the show.

Olivia Wilde made a bold fashion choice for the People's Choice Award with a sheer dress that dared to bare her nipples. She might have subscribed to the "Free the Nipple" movement, but NBC was clearly not prepared for her to win.

When "Don't Worry Darling" picked up the award for Drama Movie, their first move was to just blur the entire screen for an uncomfortable length of time (don't be fooled by the clip above, because it was definitely blurred on TV). Someone must have realized that wasn't going to work, though.

For a few moments, we got a standard shot like every other award recipient, but that must not have been any better because we were definitely seeing more than someone was comfortable with.

Suddenly, we seemed to cut to every camera in the room except the one right in front of her as they tried to allow her to speak but keep the cameras moving so we wouldn't know that she has nipples ... we guess? It was hilariously awkward.

This literally happened to the camera as Olivia Wilde walked on stage… 😶😶😶😂 #PCAs pic.twitter.com/GI2LZdekhG

Production trying to figure out what to do when Olivia Wilde came on stage with that see through dress #PCAs pic.twitter.com/3xmqEyzZHN

The image we all got while watching #OliviaWilde on the @peopleschoice Awards show #nipple pic.twitter.com/sfPYt3cCP4

This Ryan Reynolds shoutout really was something special. #PCAs pic.twitter.com/STQtnI4YQI

Lil Rel Howery may have had nothing but gushing praise for this year's People's Icon award winner, but Shania Twain wasn't nearly as impressed. The top-selling female country singer of all time performed a medley of her biggest hits before accepting her own Music Icon award.

One of those was her smash hit, "That Don't Impress Me Much." The original track dropped Brad Pitt's name in the lyrics, but Shania switched it up to name drop Ryan Reynolds, with the camera jumping to catch his reaction immediately.

It was a cute moment among a fantastic series of performances from the pop country queen who showed she can still bring it to the stage with voice, moves and quick costume changes even during a live television production.

Shania is the highlight of the entire award show. Period.

Side bar: Ryan Reynolds going “Oh My God.” with Shania saying is name mid song is such a Canadian call out 😂. #PCAs

Did y’all see that video where Shania Twain changed the lyrics and said “okay so you’re Ryan Reynolds’s? That don’t impress me much” and HE WAS IN THE AUDIENCE AND BLUSHING adorable

The reaction Ryan had after Shania Twain said “okay so you’re Ryan Reynolds?” 😭😭😭

One of the pre-planned sketches was most notable for the sheer star power, and for Kenan's always delightful Steve Harvey impression. We almost wish it had been a little more real, but it was still fun seeing "The Real Housewives of Beverly HIlls" playing together.

It was a pretty full lineup, too, with Kyle Richards, Sutton Stracke and Kathy Hilton taking on Dorit Kemsley, Erika Jayne, Crystal Kung Minkoff, and Lisa Rinna -- so all feuds sidelined for the night?

Rather than the normal type of answers you'd expect from "Family Feud," the women gave very specific answers that had everything to do with the types of antics they get up to on their show (and those aforementioned feuds!).

It was fun enough, but we'd have much preferred them try to answer real questions from the real world.

#RHOBH cast playing Family Feud on the #PCAs is better than the Bravo show. 😂

On another note. Yes I watch RHOBH. That attempt tonight on celebrity family feud was so lame that when it came on, after whatever award show that was as I was working and not paying attention, I just turned it off. Lame. Kyle and Sutton love you. But that just did not work.Sorry

#PeoplesChoiceAwards Where is Garcelle for this Family Feud skit?

In one of the night's best unscripted moments, the "RHOBH" ladies came back out later to present the award for The Drama TV Star of 2022, which went to "Law & Order: Special Victims Unit" star Mariska Hargitay.

For Mariska, she said this award was special because of what it represented, and even because of the two words associated with this whole show. She spoke of the all-encompassing inclusion the word "people" represents.

But as she moved on to "choice," talking about the power to choose things like kindness, compassion, courage, building bridges, listening and learning, it quickly became clear that Kathy wasn't really listening.

Clearly unaware she was still on camera, Kathy pulled out her purse, dug through it for some lip gloss and applied it. The whole moment awkwardly overshadowed Mariska's heartfelt message ... but it was pretty damned funny!

Not Kathy Hilton reapplying her lipstick during mariska hargitay’s speech

Kathy Hilton..you did not just whip your clutch out and apply lipstick in the middle of Mariska Hargitay's acceptance speech!!! This had to be a dare...if not you just proved how classless you are! Gross 🤢#PeoplesChoiceAwards@KathyHilton

Not Kathy Hilton going through her purse on stage to find her lip stick & then put on her lip stick while THE Mariska Hargitay was making her speech at the PCAs.

Kathy Hilton putting on lipstick behind Mariska Hargitay’s deeply moving speech is the most ridiculous display of oblivion self absorption. Someone help her please. #PeoplesChoiceAwards @KathyHilton @rhobh pic.twitter.com/Iwj4eeprEP

Kelly Clarkson was excited to win for Daytime Talk Show, but even more excited to be sharing the evening with her young daughter River Rose. Honestly, River might have been more excited about Kelly's win than Kelly herself.

"This is really cool to get because I feel like the last 20 years-- well, that’s my whole career has been people literally voting me in," Kelly said during her acceptance speech.

She then laughed that she was going to leave now to go have ice cream with her daughter. When the camera cut to River, she could be seen mouthing, "Go Mom!" It was just about the sweetest thing we've ever seen.

Kelly at the #PCA Awards with River pic.twitter.com/RPxTSla1VI

So excited to see Kelly get Her award Yeah. What’s better than celebrating with Daughter ice cream 🍨 yummy

The cutest moment ever when Kelly & River hugged & River so proud of her mom. She is so big now. More more look like Kelly. She is indeed little Kelly

@kellyclarkson OMG Kelly!!!!!! U won peoples choice so excited for u!!!I knew u would win!! No one like u! Enjoy n take it all in! U looked so pretty n ur daughter too!! When u we’re finished they showed River! She bleeped out go mom! Saw it all! Ur incredible!!
Love U ❤️😘

🎶 In case nobody told you today, you're special 🎶@lizzo is your 2022 People's Champion! 🌟 #PCAs pic.twitter.com/iwhfyiLFDo

Lizzo was the People's Champion recipient for all her work in empowering and amplifying marginalized peoples. So it was poignant and perfect that she sidestepped a speech to do it again.

"Being an icon is what you do with that platform," she said. "Ever since the beginning of my career, I have used my platform to amplify marginalized voices, so tonight I am sharing this honor."

With that, she brought out 17 different activists and proceeded to introduce each of them one at a time. She didn't short-change anyone, either. Each of them was introduced by name and with a brief description of who they are and what it is that they do.

It was a surprisingly moving moment, with Lizzo's clear passion shining through. "Give them their flowers," she proclaimed after celebrating each of them in turn. "Power will always be to the people!"

Later, when she won Song of 2022 for "It's About Damn Time," she again skipped a speech. This time, though, she sang a few lines from the song, wrapping with, "I might be better." We couldn't have said -- ahem, sung it better ourselves.

#Lizzo amplifying other activists’ as her award acceptance exactly why she’s the People’s Champion #PeoplesChoiceAwards pic.twitter.com/K4u9CUWQvg

Lizzo will always be THAT BITCH! She's just a different breed of human. Using her moment of winning a huge award to bring out community activists and introducing each one individually to bring awareness to their causes? The real definition of an ICON and IDOL! #PCAs @lizzo pic.twitter.com/D5Grqhb8Ek

Wow this really warmed my heart! Lizzo brought out 17 activists, highlighted their orgs, & gave them their flowers & her full support during her speech at the People’s Choice awards tonight. Truly love that. She’s a Queen, always doing Queen things fr✨✨✨✨✨ pic.twitter.com/V7BZnIryTb

Lizzo winning the People's Choice Champion award & using that moment to put the spotlight to all types of women activists. That are fighting for various organizations defending various discriminated & marginalized communities is literally the best way to use a public platform.

Going from Kathy Hiltons disrespect presenting that award to Lizzo literally UPLIFTING women activists as her acceptance speech is giving me whiplash in the best way! 😭💜 #PeoplesChoiceAwards

Lizzo just gave the best award speech ever at the Peoples Choice Awards - shining a light on diverse women activists across many human rights causes. She deserves all of the praise and adoration from fans! I just love her! #Lizzo #LizzoLove #PeoplesChoiceAwards #Icon 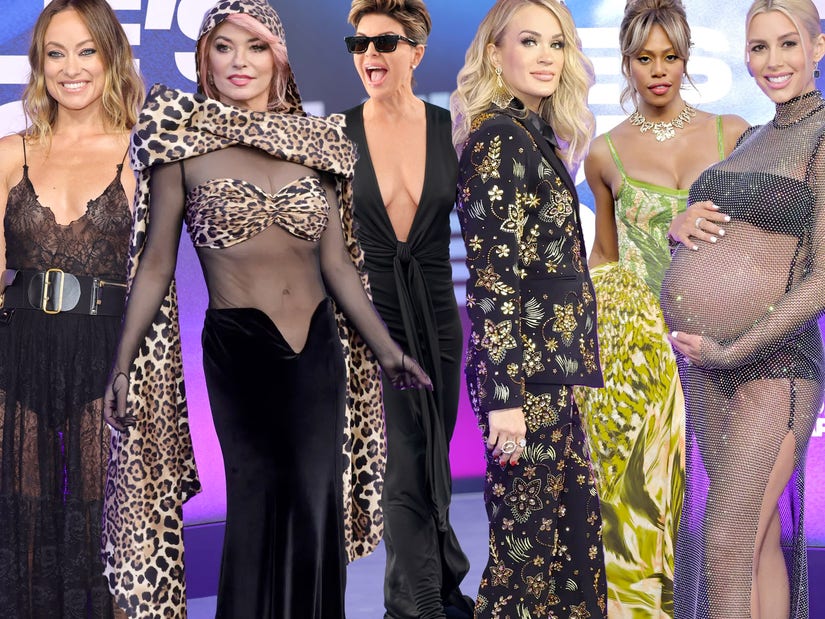 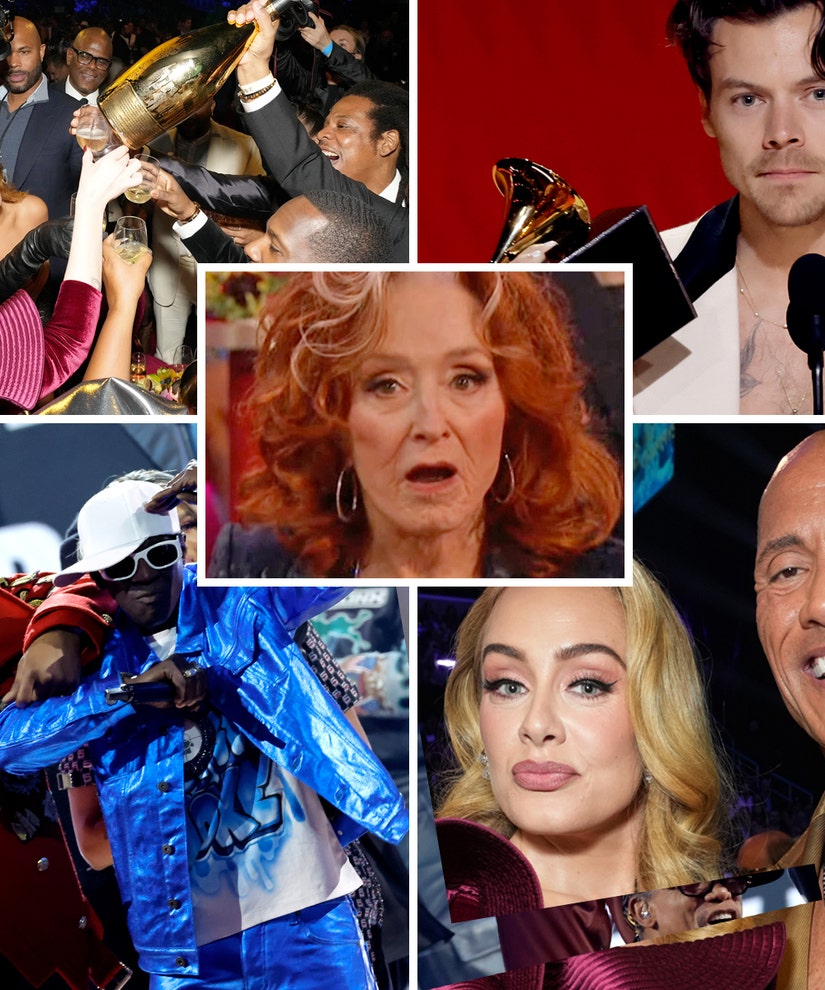 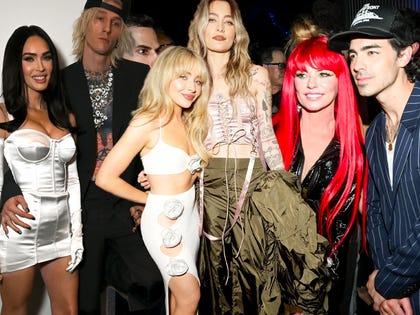 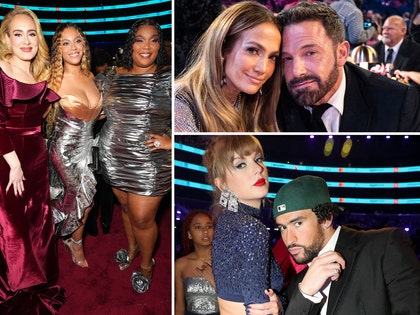 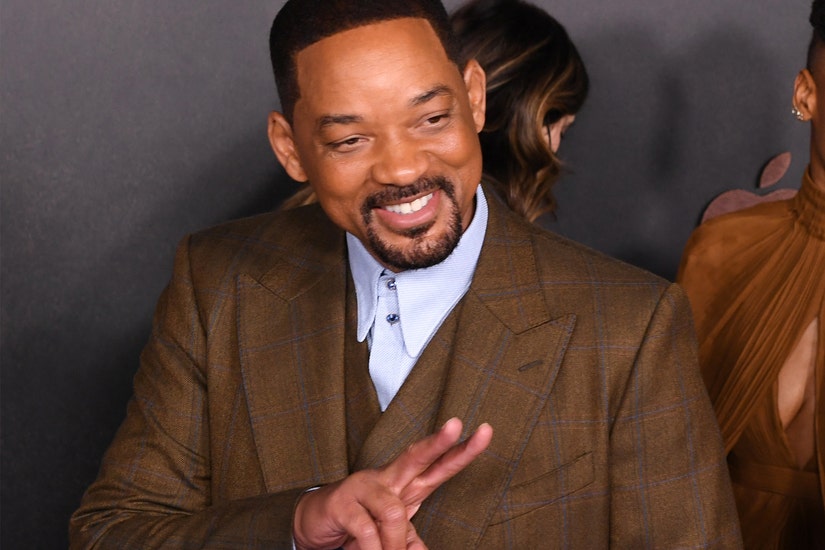 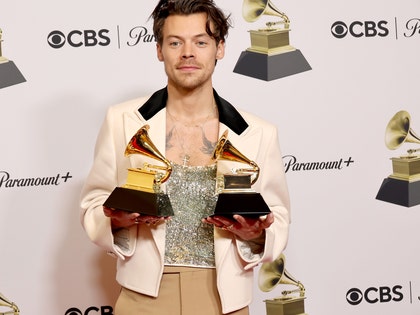 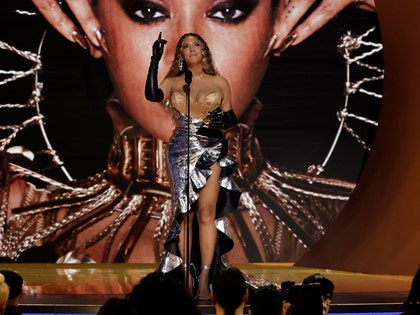 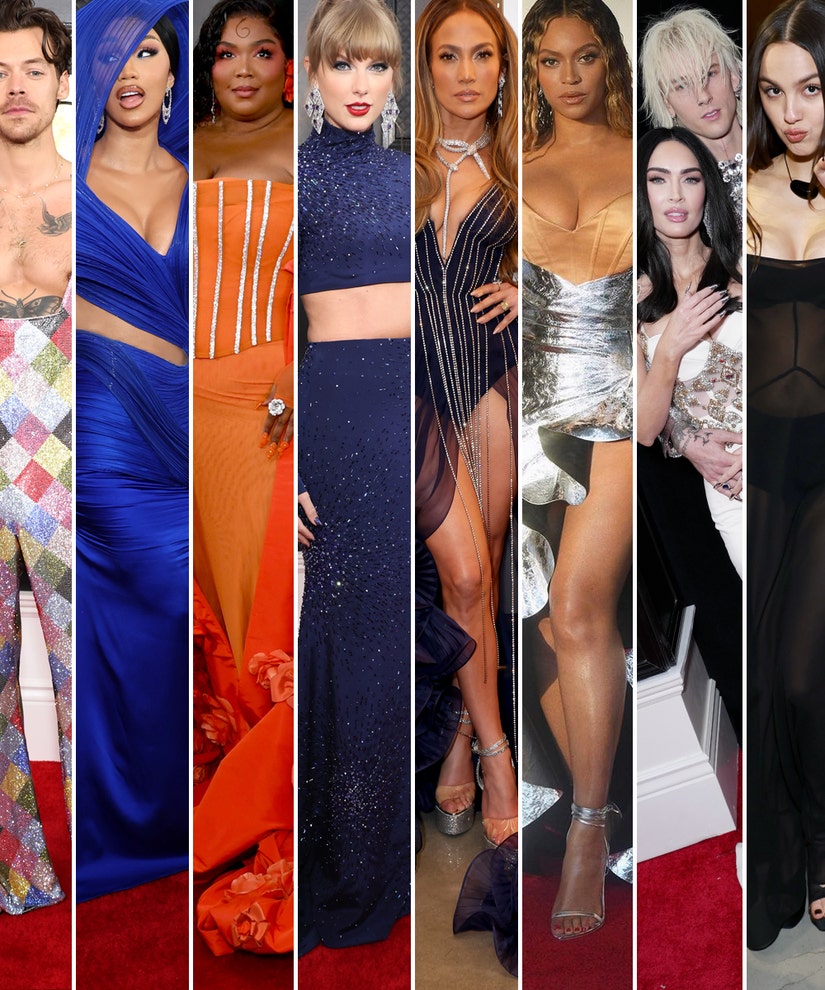 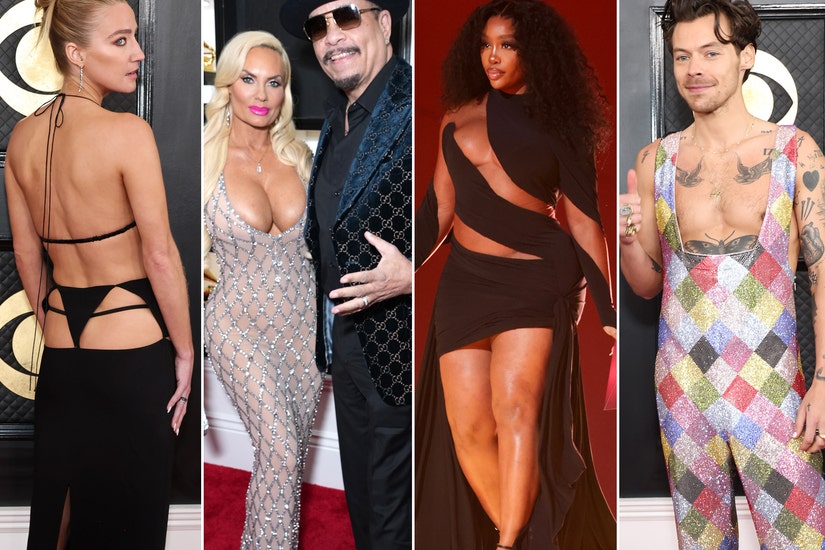