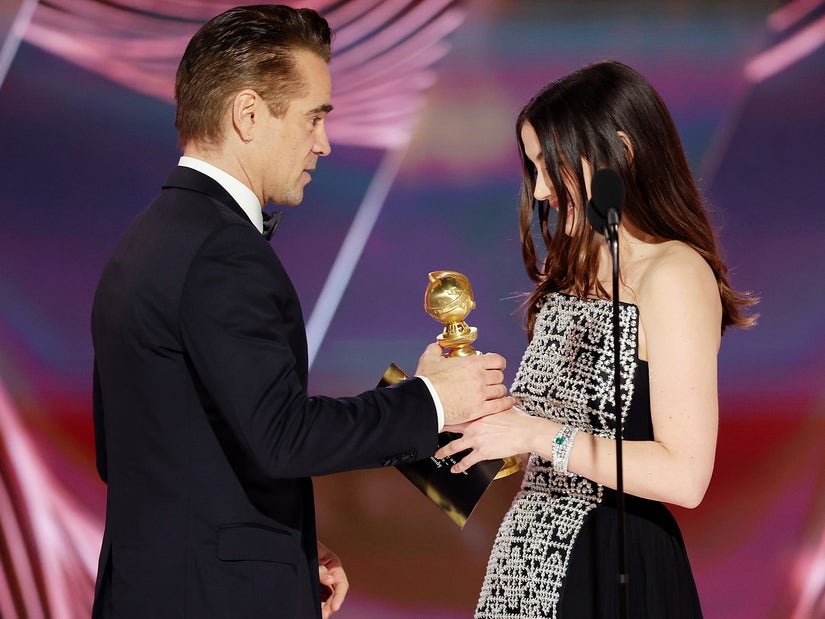 "Colin Farrell is like us all: he had one clear shot at Ana de Armas, and he took it/did his best. Respect."

Colin Farrell took home an award at the 2023 Golden Globes on Tuesday night, and kicked off his acceptance speech by praising Ana de Armas.

However, many fans think Farrell raving over the Cuban actress wasn't just praise, but rather, the actor shooting his shot.

During Tuesday night's telecast, Farrell won the Golden Globe for Best Actor in a Motion Picture -- Musical or Comedy for his role in "The Banshees of Inisherin," which was presented by de Armas, who was nominated for her role as Marilyn Monroe in "Blonde."

Colin Farrell wins the award for Best Actor in a Musical or Comedy Motion Picture at the #GoldenGlobes. pic.twitter.com/gfzrB0JGBw

After Farrell took the stage and was given his trophy, he first took a moment to gush over de Armas' performance in "Blonde."

"Ana, I thought you were extraordinary," Farrell said, looking over at de Armas, 24. "I cried myself to sleep the night that I saw your film, 'Blonde.' I cried myself to sleep. Something to do with the music as well, that played at the moment where the shot opens and you just see her ankles at the edge of the bed. It messed me up so bad."

After the audience laughed in response, Farrell added, "Not a joke, but you're welcome to laugh. It's not my place to say what's appropriate laughter or not in this world."

While the 46-year-old Irish actor seemed to have been simply complimenting de Armas' talent in the film, many viewers interpreted the exchange as something more, taking to Twitter to share that they considered his words to be flirty.

"I just KNEW Colin was gonna shoot his shot at Ana he is so ran through 😭," a person wrote.

"Colin Ferrell said Ana de Armas, I HAVE ONE SHOT AND I WILL TAKE IT NOW," a fan tweeted, while another said, "Colin Farrell is like us all: he had one clear shot at Ana de Armas, and he took it/did his best. Respect."

Another user described Farrell possibly shooting his shot as "king s---," while another jokingly described it as "wonderfully on brand" for "The Batman" star.

Check out Farrell's speech for yourself in clip, above, and see more reactions to his viral moment with de Armas in the tweets, below!

Colin Ferrell said Ana de Armas, I HAVE ONE SHOT AND I WILL TAKE IT NOW.

Colin Farrell is like us all: he had one clear shot at Ana de Armas, and he took it/did his best. Respect.

Like not as in they did anything that requires a partner to end a thing just in that I hope they are so they can talk to each other in sexy accents all night.

Colin Farrell shooting his shot at Ana de Armas? Because we both know Blonde was not good my Irish brother

colin farrell using his golden globe speech as a chance to shoot his shot with ana de armas is the most colin farrell thing to do ever. because no one liked that movie bffr

Is Colin Farrell trying to pick up Ana de Armas on this stage? Respect #GoldenGlobes2023

I love that Colin Farrell used his speech to shoot his shot with Ana de Armas, settle a cereal score with Barry Keoghan, and telling the sound booth they forget the music cutting him off lol An icon
#GoldenGlobes pic.twitter.com/l8PCZJKjfT 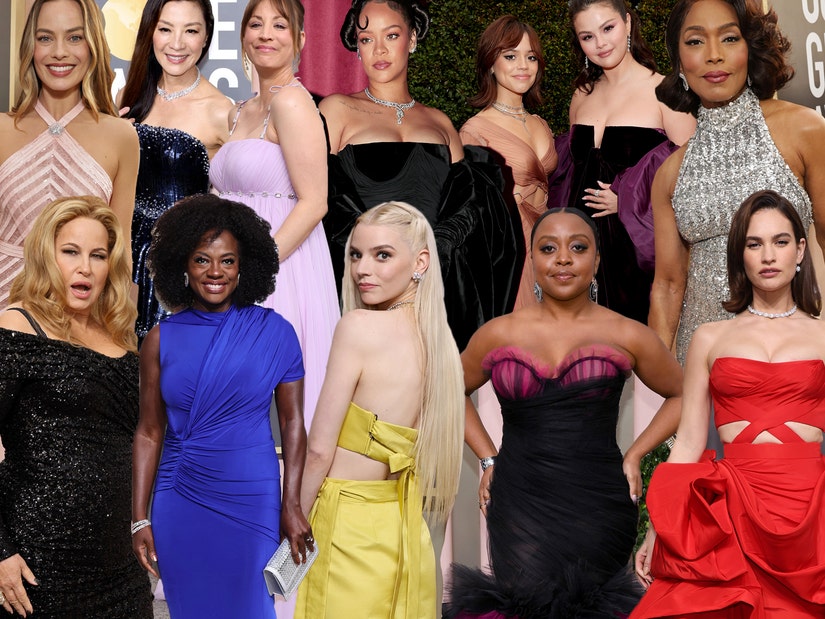