McKinley High's "Glee" club is about to meet Mr. Schuester's arch nemesis and it's not Sue Sylvester ... it's Neil Patrick Harris. 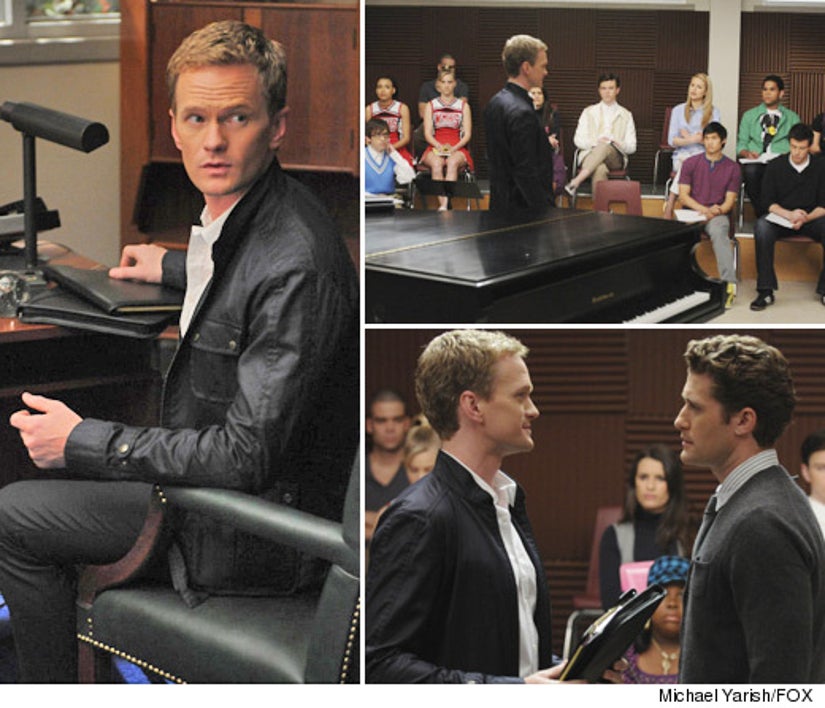 FOX just released these shots from the upcoming episode, where NPH plays Matthew Morrison's old childhood rival-turned-school board member threatening to shut New Directions down ... but not before a climactic duet.

Find out what they sing when the Joss Whedon directed episode airs May 18th.