"The Hangover" and "Twilight: New Moon" are going head to head at this year's MTV Movie Awards -- but the comedy already beat out the teen drama for most nominations. 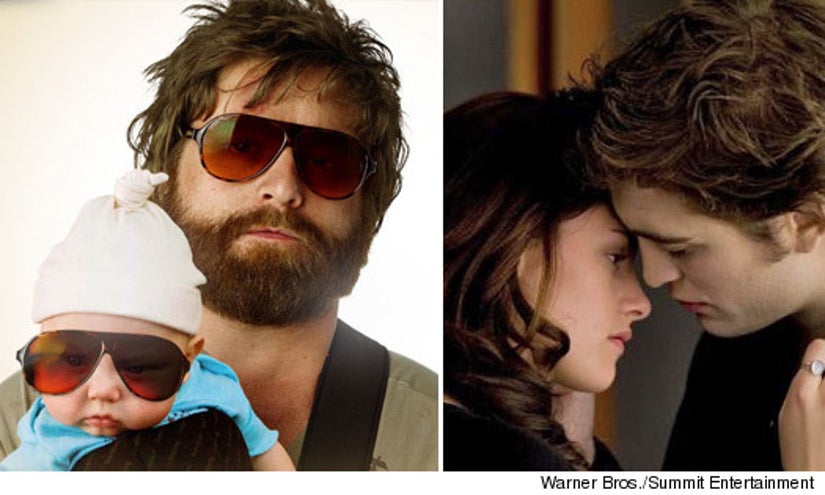 Announced this morning, "The Hangover" has six total noms while "New Moon" trails behind with five, tying with "Avatar" -- and all three are vying against each other for Best Movie.

The MTV Movie Awards will be airing Sunday, June 6 at 9pm EST.

Check out the full list of noms over at MTV.