Miley Cyrus spent the weekend in Europe -- where she celebrated her album "The Time of Our Lives" going platinum in Spain. 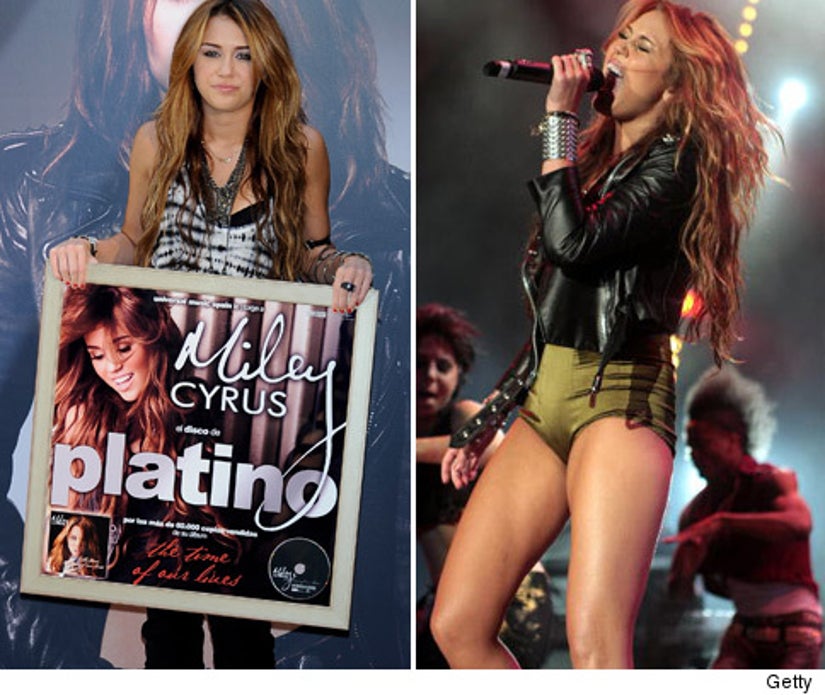 Miley received a plaque yesterday for reaching "platino" status after selling over 60,000 copies of the record.

Saturday night, Cyrus also debuted new songs from her upcoming album, "Can't Be Tamed," during the Rock in Rio festival in Lisbon -- where her risque outfit drew some serious criticism.