The guys from Hanson took part in a huge flash mob at Universal CityWalk yesterday -- and reenacted the music video for their new single "Thinking 'Bout Somethin'!" 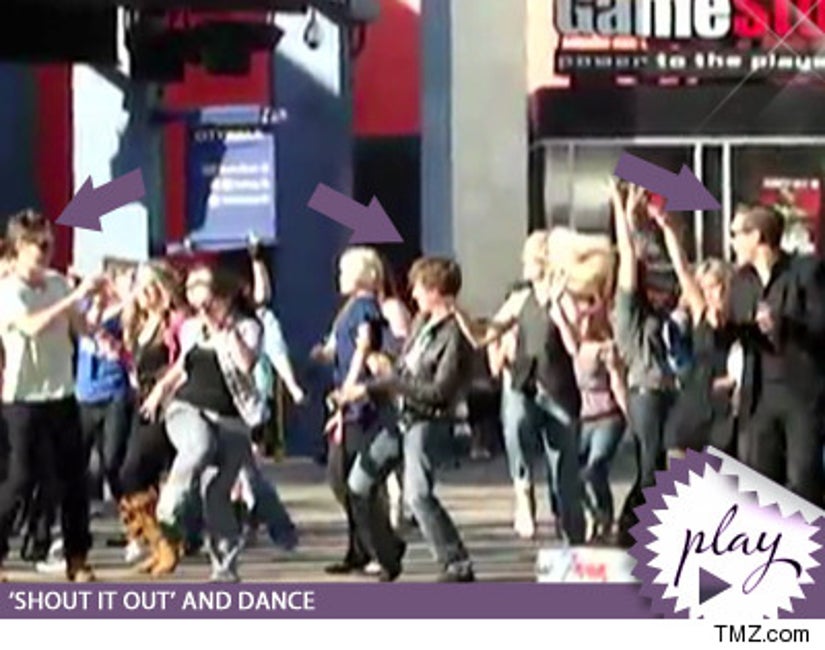 The guys were celebrating the release of their fifth studio album "Shout It Out" -- and after teaching the audience of "Lopez Tonight" the moves, they recruited 'em for a dancing spree all over L.A.!

Hanson's album is out now.