Disney damsel Vanessa Hudgens is breaking out of the Mouse House mold in her next flick "Sucker Punch" -- which just dropped its new, action packed trailer online. 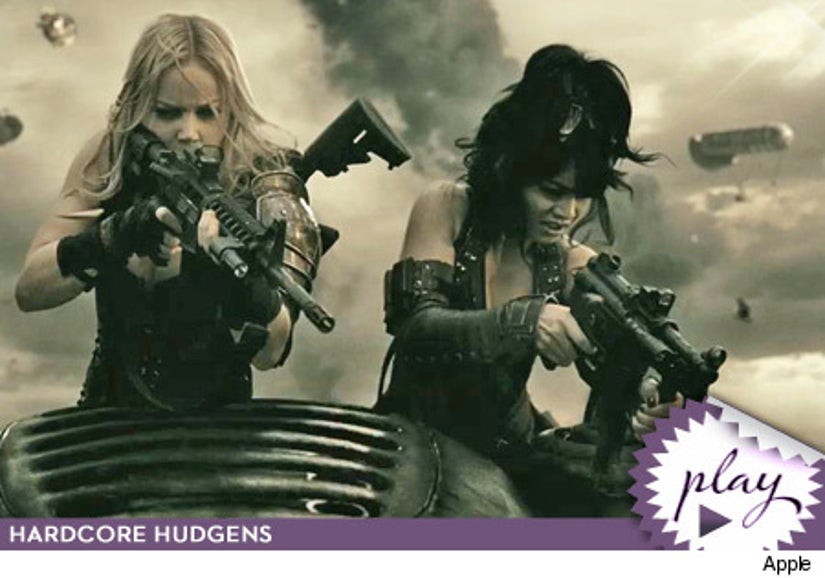 Director Zack Snyder reportedly described the movie as "'Alice in Wonderland' with machine guns" -- and one look at this promo vid pretty much proves he wasn't lying!