"Australia's Next Top Model" made a huge mistake during last night's finale -- when the wrong name was announced as the winner of the show! 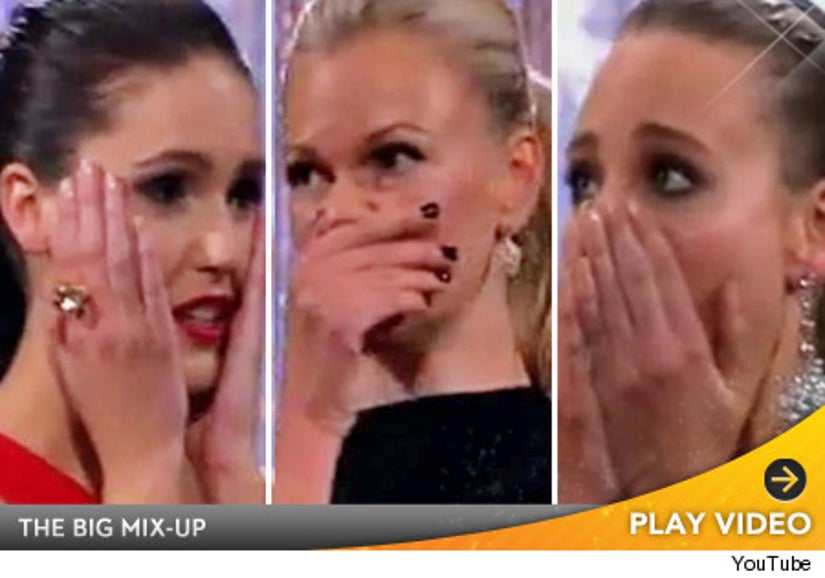 Due to a mix-up over "ANTM" host Sarah Murdoch's earpiece, Kelsey Martinovich was awarded a modeling contract, a car and magazine cover ... only to have it all taken away a minute later.

It was a brutally awkward exchange, but Kelsey handled it well ... and ended up getting $25,000 and a trip to NYC because of the error.