Kellan Lutz is back to what he does best: Taking off his clothes! 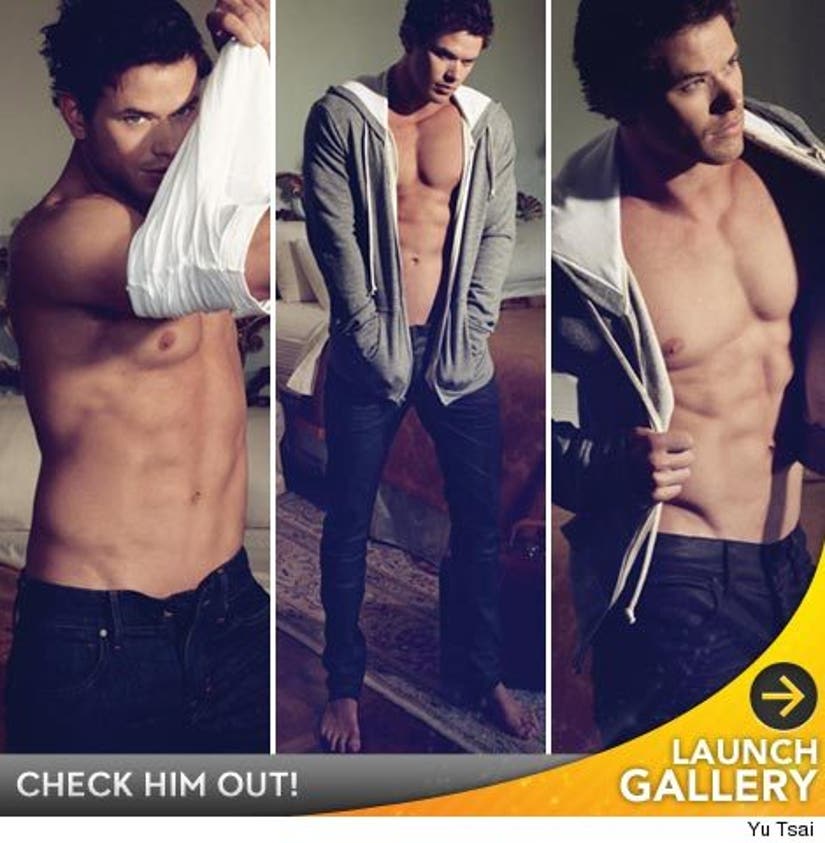 The "Twilight" star rocks some dark locks (and not much else) in a new ad campaigns for Dylan George and Abbot + Main by Dylan George Fall 2011 lines -- where he gets seriously sexy with the gorgeous Anne V., AKA Adam Levine's girlfriend.

The two were photographed by famed photog Yu Tsai in Beverly Hills, California for the hot shoot -- and those in Cali could actually score their own photo session with Lutz.

Kellan will be holding a special appearance at Nordstrom at The Grove on August 11 and anyone who buys something from Dylan George or Abbot + Main by Dylan George by then will have the chance to attend the meet-and-greet and have their photo taken with him. Lutz teamed up with George to design the ready-to-wear menswear line.

Check out the campaign above -- plus some behind-the-scenes shots from the shoot!