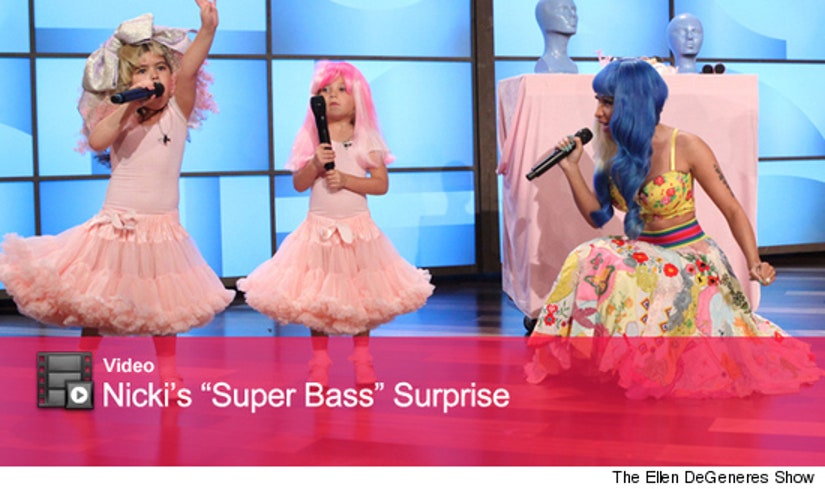 8-year-old Sophia and 5-year-old cousin Rosie hit it HUGE last week with their adorable and 100% on point YouTube cover of Nicki Minaj's "Super Bass" -- and yesterday, they got to sing it with Nicki herself!

The tutu-weaving girls make an appearance on today's episode of "The Ellen DeGeneres Show," where Minaj surprises them when a makeover, shopping spree and the chance to do a duet.

"Within five seconds of seeing this video I was calling everyone. I was also receiving a billion emails. Everyone was like you have to see this little girl," Nicki says of the YouTube video -- which now has almost 7 million views.

Re-watch it again below:

While Nicki sees nothing but stardom for Rosie and her little cousin, she still had some wise words for the duo: "I just want you to stay in school. Music is beautiful but stay in school, ok. Put your books first and singing second."

Watch their performance together above -- Nicki's reaction to Sophia rapping some of the more mature lyrics of her song is pretty hilarious.