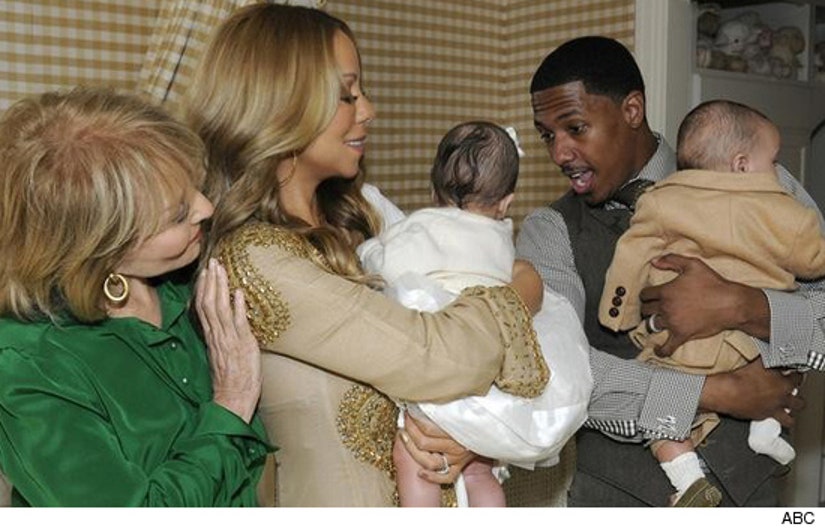 Mariah Carey and Nick Cannon's twins are ready for their TV debut.

Six months after being born, little Moroccan and Monroe will appear on "20/20" -- in the first TV interview Mariah's done with the kids since their April birth.

In a preview image from Friday's show, we're getting the best look so far at the two kids, though still no full-on face shots.

A short promo clip for the interview with Barbara Walters has been released too -- showing Mariah answering "Sometimes" after Barbara asks if she trusts her husband. Watch it below:

The full interview airs Friday night at 10pm on ABC.