When you're as big a celebrity as Kim Kardashian, you have two birthday celebrations on both sides of the country.

On Friday, the reality starlet dined at NYC hotspot Darby with her husband Kris Humphries, sister Kourtney Kardashian, Scott Disick and longtime friend LaLa Vasquez Anthony. The birthday girl (who turned 31 that day), tried to stay incognito in a wide-brimmed hat, but the Darby band called her out. Despite rumors that she and her new husband are on the outs, Kim grabbed the mic and proclaimed "I love him" before kissing and hugging Kris. Later, LaLa led the room in singing her "Happy Birthday."

On Saturday, Kim and Kris flew to Las Vegas, where they met up with the rest of the family: Khloe Kardashian, Lamar Odom and Kris Jenner for a far more raucous celebration at Marquee Nightclub in The Cosmopolitan. Hundreds of guests were armed with cameras trying to get a shot of the star. 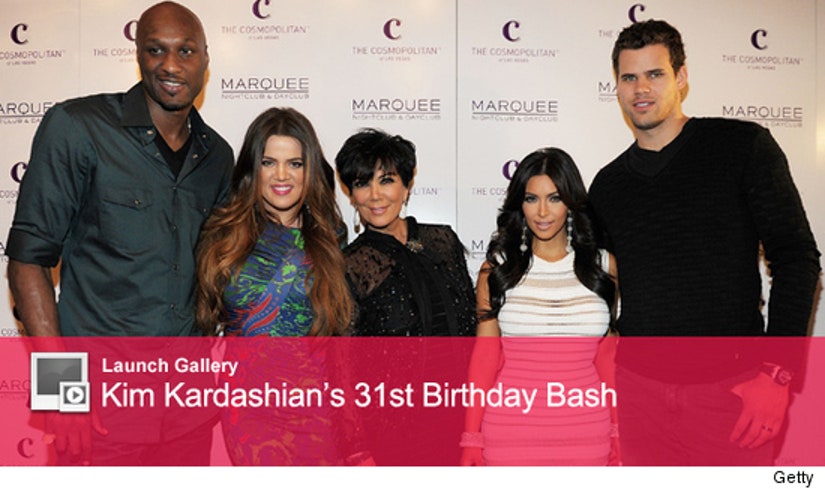 They celebrated with a cute birthday cake from Gimme Some Sugar, which depicted her and her new husband in a white Ferrari. Check out all the photos above.

Would you pay to party with Kim Kardashian? Tell toofab in the comments below!