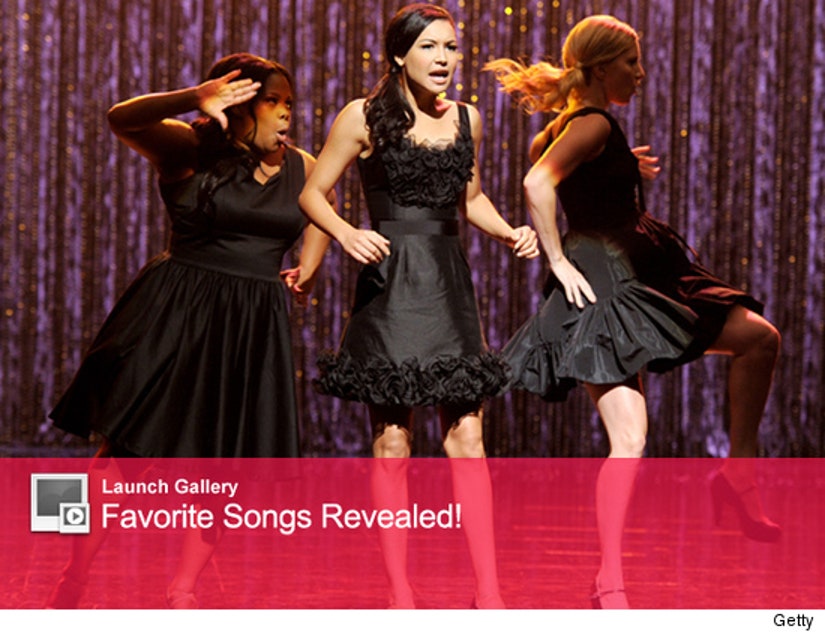 The cast of "Glee" just performed their 300th song -- and toofab was on the set for all the action! Plus, the cast revealed MAJOR scoop about what's coming next for the singing students at McKinley High.

toofab was among the 150 members of the press who were invited onto the Paramount lot for a behind-the-scenes look at an upcoming episode of "Glee."

When we arrived we were herded into the Chorus Room, where we immediately "Gleeked out." Sitting in the back row -- (likely on the same seat Puck uses!) -- we got a hands-on look at the set.

Here's where we saw the milestone 300th song -- AMAZING! The girls performed an incredible mashup of Adele's "Rumor Has It" and "Someone Like You." Wait until you hear them -- you'll be blown away!

After the performance, we got some very juicy details about what we can expect.

-Show creator Ryan Murphy revealed there is one tribute show in the spring -- but did not reveal who the show would be honoring this time. Past honorees include Britney Spears and The Beatles.

-"The Glee Project" winner Damian McGinty will make his first appearance next week -- and the role's not much of a stretch. He'll be playing an Irish student who has a hard time adjusting to a new school. The show's other winner, Samuel Larsen, will come in after Christmas break.

-"The Glee Project" runner-up Lindsay Pearce will be back in Episode 8 and will be competing against New Directions. The other runner-up, Alex Newell, was described by Murphy as "the love child of Kurt and Mercedes and will turn to them for much advice."

Murphy also stressed Season 3 will be a return to the show's roots, saying it will be "What it was in the first season, a really wonderful hodgepodge of things you would never think go together, but do."

Each of the cast members also said their favorite songs -- check out the gallery about to see who picked "Trouty Mouth!"