Conan O'Brien made history last night -- and we're not talking about the one-year-anniversary of his show on TBS.

While filming in NYC, the talk show host officiated the marriage between "Conan" costume designer Scott Cronick and longtime partner David Gorshein on the show.

Conan was able to pull some strings and get one of the groom's favorite celebrities to walk him down the aisle: Andy Cohen!

New York became the sixth state to legalize gay marriage back in June. 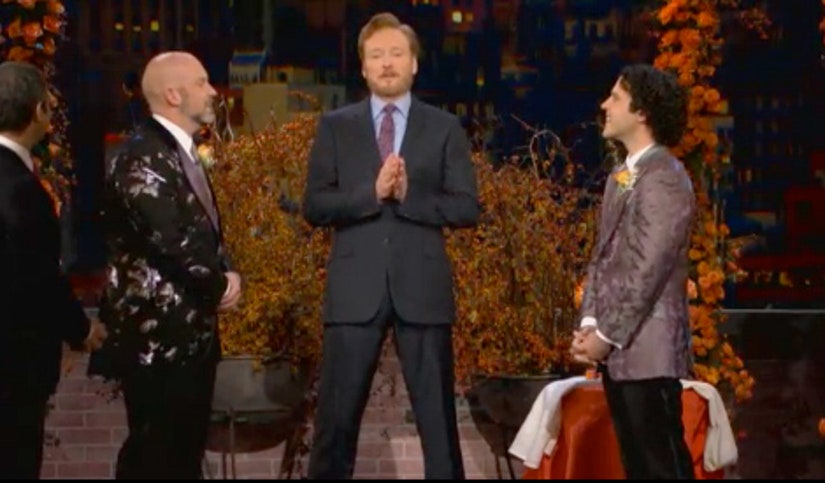