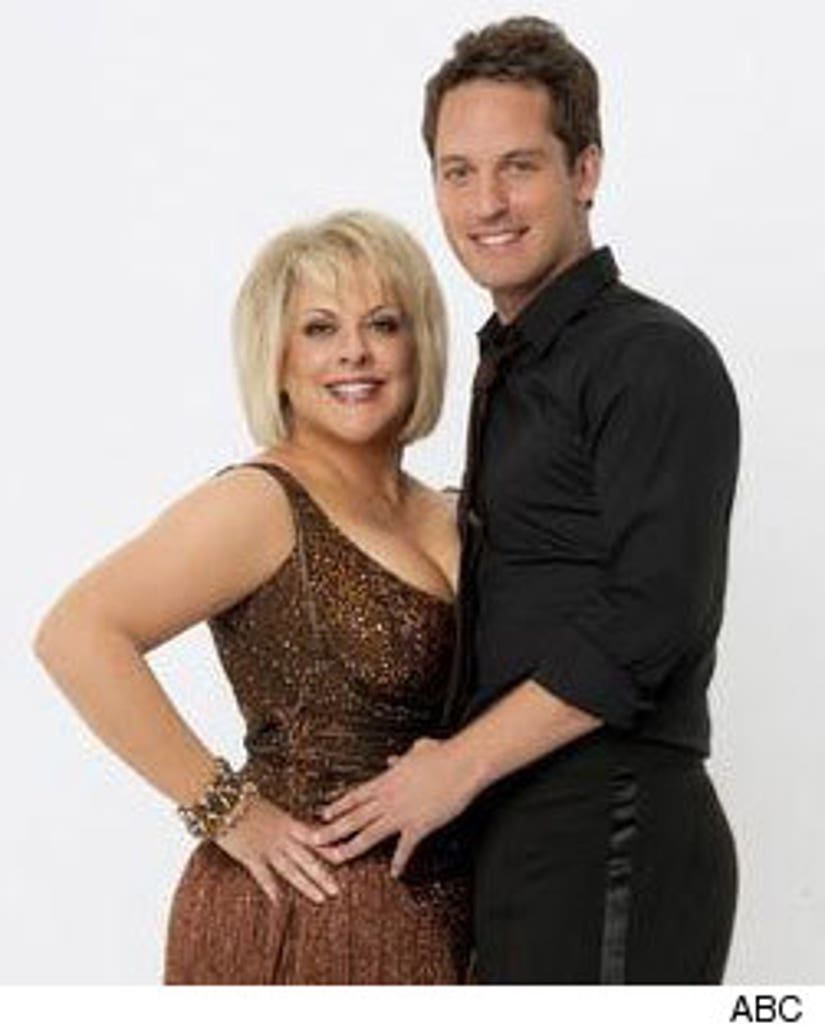 With the "Dancing With the Stars" semi-finals looming, Tuesday night's elimination was perhaps the toughest yet.

Talk-show host Nancy Grace and her partner Tristan MacManus were cut, despite their efforts to inject excitement into their routine with a cartwheel from the talk show host. They were the lowest scorers after Monday night.

Throughout the season, Nancy was praised for her technical competency but lacked the performance ability and charisma of other stars. Still she lasted eight weeks, far longer than many had expected, thanks to her strong fan base.

Also in jeopardy, but not necessarily in the bottom two, were reality star Rob Kardashian and professional Cheryl Burke.

The episode was a parody of ESPN's Sportscenter, with Judge Len Goodman, former "Dancing" runner-up Jerry Rice and Kenny Mayne in the commentator roles. Dubbed "Dancecenter," the trio joked about the competitors. The best line of the night was in regards to Rob Kardashian. “He's lasted longer on the show than his sister's marriage,” they quipped.