A new promotional poster for "The Three Stooges" was just unveiled, and it's already got us in stitches.

The remake of the hit TV comedy comes out in 2012, and here's your first look at the new Curly, Moe and Larry. 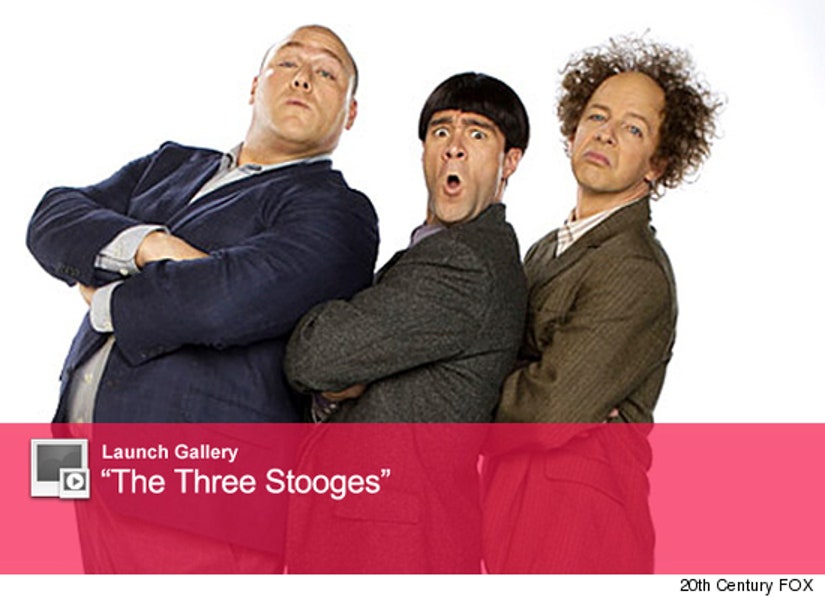 Curly will be played by veteran comic Will Sasso, who's best known for his long stint on "Mad TV." His resemblance to Curly Howard is uncanny!

FOX has done an incredible job of turning hunky Chris Diamantopoulos into funny-faced Moe. Trust us, underneath that bowl cut is a very handsome actor (his wife Becki Newton definitely thinks so!).

Rounding out the cast is Sean Hayes as Larry. The "Will and Grace" alum's also wearing a wig, and it's just plain hilarious.

Click on the "Launch Gallery" button above to see the full poster and cast out of costume. Are you excited about the Stooges remake? Tell toofab in the comments below!