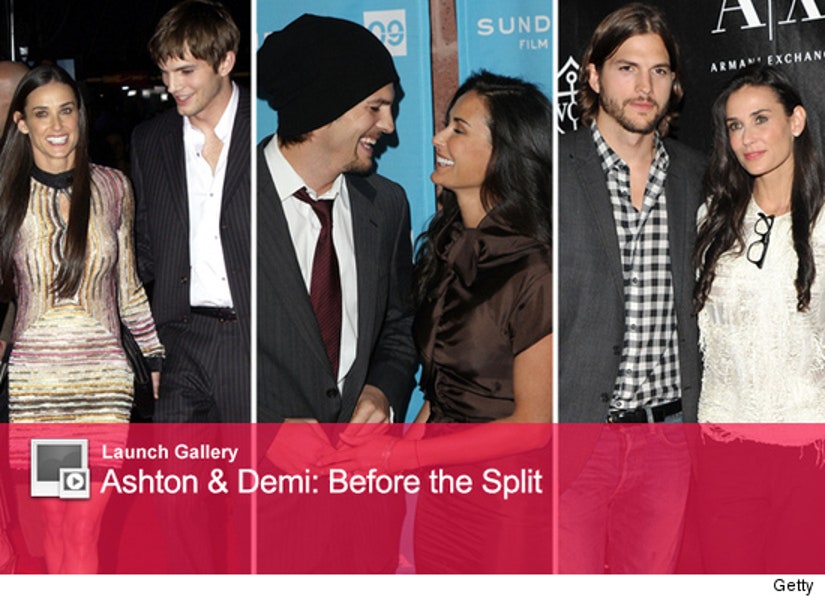 Demi Moore says she is planning to divorce Ashton Kutcher.

The 49-year-old actress says she is ending their six-year marriage with "great sadness and a heavy heart."

In a statement, she says:

It is with great sadness and a heavy heart that I have decided to end my six-year marriage to Ashton.

As a woman, a mother and a wife there are certain values and vows that I hold sacred, and it is in this spirit that I have chosen to move forward with my life.

This is a trying time for me and my family, and so I would ask for the same compassion and privacy that you would give to anyone going through a similar situation.

The announcement comes amid allegations that Kutcher had an affair with a young woman in San Diego.

UPDATE: Ashton just commented about the divorce too via, where else, his Twitter.

He writes, "I will forever cherish the time I spent with Demi. Marriage is one of the most difficult things in the world and unfortunately sometimes they fail. Love and Light, AK"