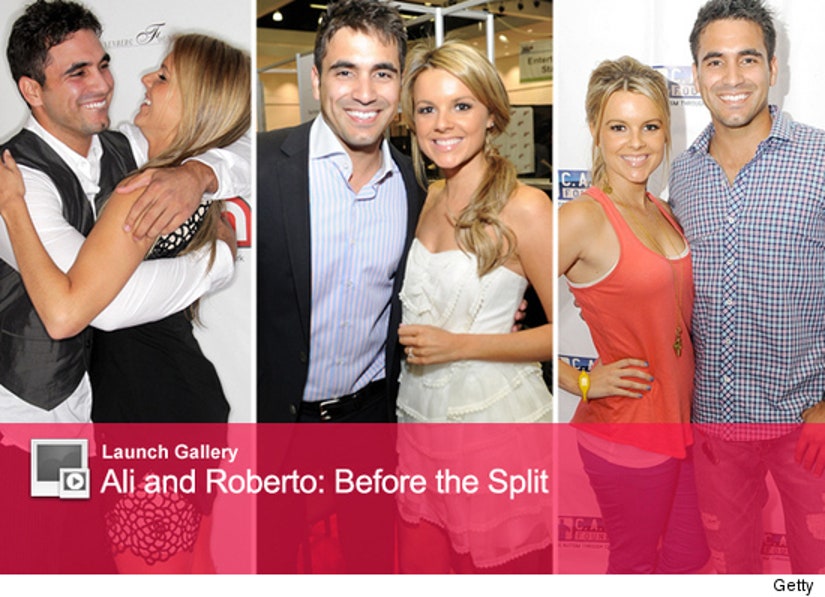 The women of "The Bachelorette" don't have the best track record when it comes to picking a winner -- and today, another couple from the show has announced they're splitting for good.

Though they initially postponed their wedding so the bride-to-be could recover from knee surgery, Ali Fedotowsky and Roberto Martinez have now called the whole thing off!

"Ali Fedotowsky and Roberto Martinez have ended their relationship," Ali's rep tells toofab. "As they go through this difficult time, we ask that you respect the couple's privacy.”

The couple met during Season 6 of the ABC reality show, which ended with Roberto popping the question in Bora Bora -- telling Ali, "I love you. I want to grow old with you, I want to have a beautiful, beautiful family."

With Roberto and Ali splitting, that leaves original Bachelorette Trista Sutter and the latest Bachelorette, Ashley Hebert, as the only two still with the man they picked on the show.