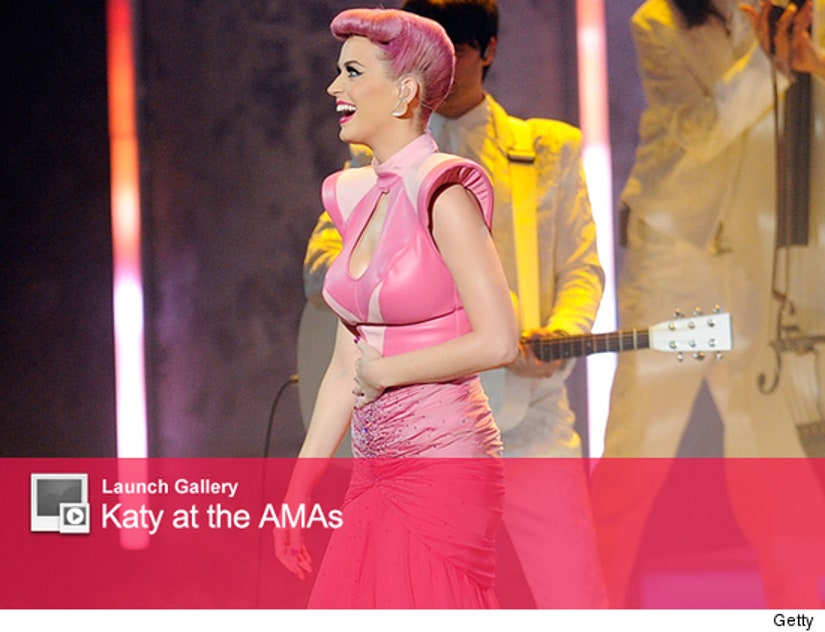 Katy Perry has got a lot of things going on in her life right now -- but a pregnancy isn't one of them!

After some unflattering pics at the AMAs on Sunday night fueled speculation she and husband Russell Brand may be expecting, Perry set the rumors straight -- telling The Insider "I still love drinking alcohol, so [no kids] yet."

She added that any "bump" you may see is thanks to her eating habits."I like In-N-Out Burger and Taco Bell, and if you want to make that pregnant, that's your problem."

Perry fueled the fire herself yesterday, when she tweeted "I have a HUGE announcement that I can finally tell u (I've had to keep it a secret 4ever!) U ready?!?!" -- but the announcement ended up being that she's hosting SNL December 10. Robyn will be the musical guest.

In other Katy news, she just got herself some new ink!

The singer posted a photo of her getting a new tattoo yesterday -- and, to us, it kinda looks like a peppermint candy with a face on it ... perhaps a nod to her candy-filled "California Gurls" music video?

What do you think of the tatt? Sound off below. 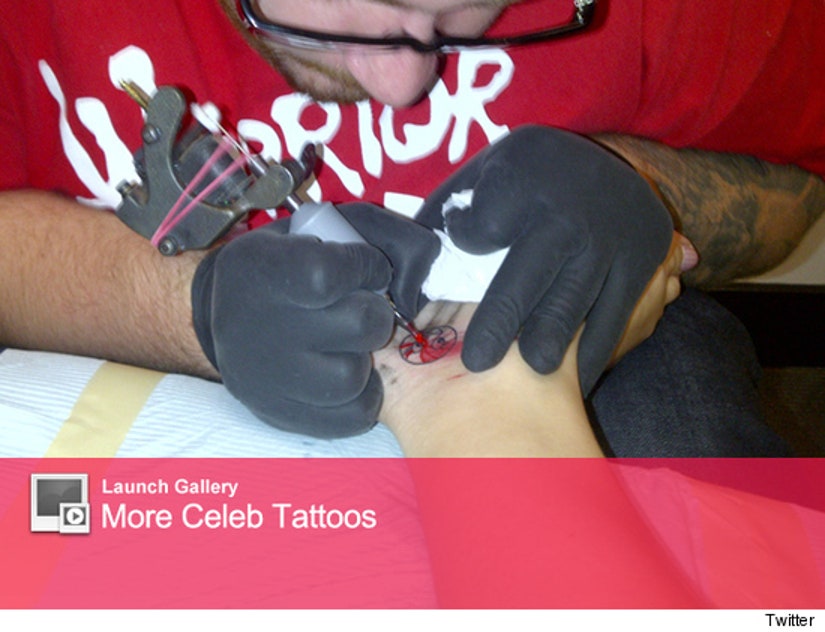