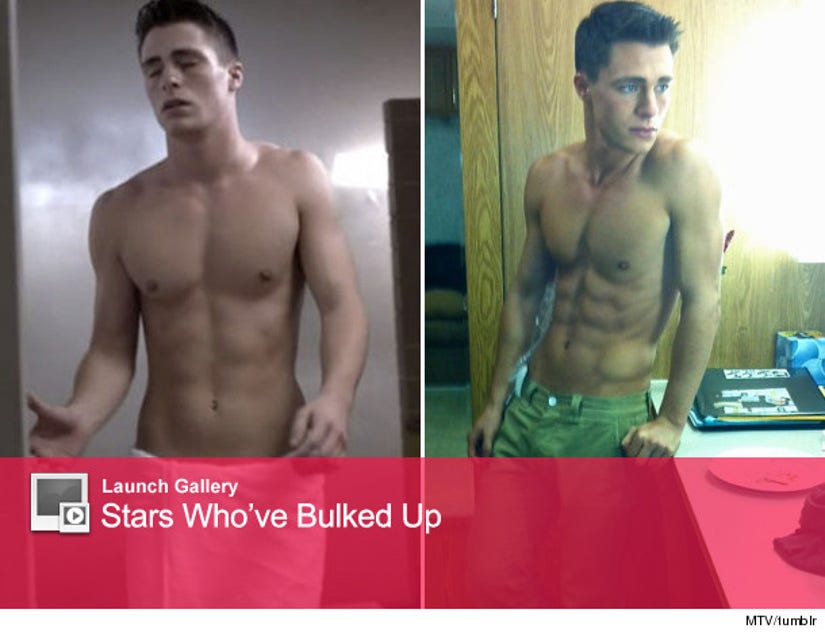 "Teen Wolf" stud Colton Haynes went through a major transformation between seasons -- and popped up on set this weekend looking more ripped than ever!

The show's executive producer, Jeff Davis, shared a new shot of Colton yesterday on his tumblr account (right), proving Haynes has definitely been hitting the gym since Season 1 ended (left).

"Shot from Colton's trailer. We asked him to show us his new body, the product of three months of serious training. Of course, he struck a model pose," Davis says of the pic.

We're guessing this buff new look means Haynes' character, Jackson, will be returning as a werewolf in Season 2.

Check out more stars who've bulked up (or lost serious weight) for a role in the gallery above!