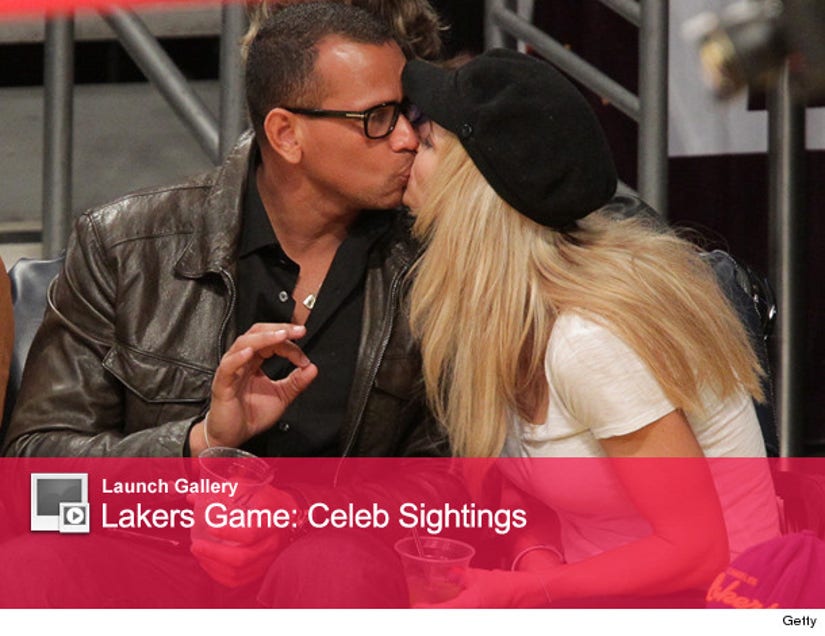 It's official -- the relationship between Alex Rodriguez and former wrestling diva Torrie Wilson has been sealed with a kiss!

The two were spotted on a very public double date with Cindy Crawford and husband Rande Gerber last night, where they sat court side for a Lakers game.

The couple was seen locking lips as cameras snapped -- and appeared to have no hangups about being photographed together.

The couple confirmation comes after A-Rod and Torrie joined Cindy, Randy, George Clooney and Wilson's pal Stacey Keibler on vacation in Cabo over the holidays.

They weren't the only duo to make their relationship public though, as "Two Broke Girls" stars Kat Dennings and Nick Zano also appeared very touchy-feely at the game. Could we have an on-set hook-up?

Also spotted at the game: A solo Ashton Kutcher.

Check out all the pics above!