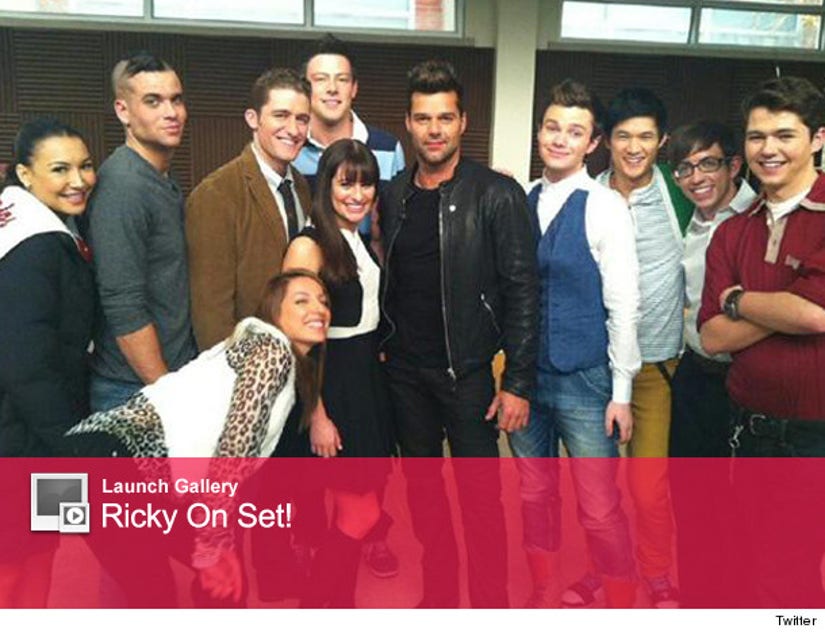 The "Livin' La Vida Loca" singer had his first day on the set of "Glee" yesterday -- and both he and the entire cast looked beyond excited to be there.

The photo-op was a reunion for Lea and Ricky, who co-starred in Les Miserables together on Broadway way back in 1996!

As we previously reported, Martin will reportedly play a hunky Spanish teacher and will have two big musical numbers to showcase his singing talents.