Update: In addition to the rap, Jay-Z and Beyonce just released the following joint statement:

We are happy to announce the arrival of our beautiful daughter, Blue Ivy Carter, born on Saturday, January 7, 2012.

Her birth was emotional and extremely peaceful, we are in heaven.
She was delivered naturally at a healthy 7 lbs and it was the best experience of both of our lives.

We are thankful to everyone for all your prayers, well wishes, love and support.

(AP) -- Through a rap verse, Jay-Z has confirmed the birth of "the most beautiful girl in the world" -- his newborn daughter. 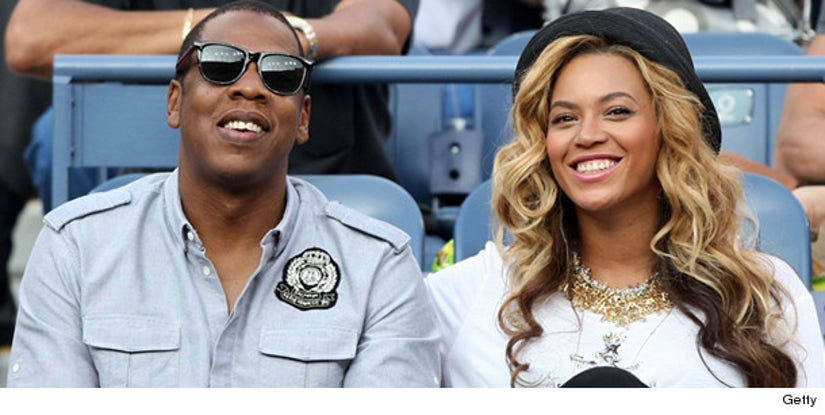 The song "Glory" made its debut on his social website Monday -- two days after he and Beyonce reportedly gave birth to a daughter, Blue Ivy.

Reps for the superstars repeatedly declined requests for comment from The Associated Press about whether the birth had occurred, as first reported by E! News. But Jay-Z's sweet song gives fans the details, and more: "You're my child of a child from Destiny's Child."

Celebs close to the couple have tweeted congrats: Beyonce's sister, Solange Knowles, tweeted Sunday morning: "The most beautiful girl in the world," while Beyonce's close friend Gwyneth Paltrow also tweeted: "Welcome to the world Blue! We love you already."

What do you think of the song? Let us know in the comments below!