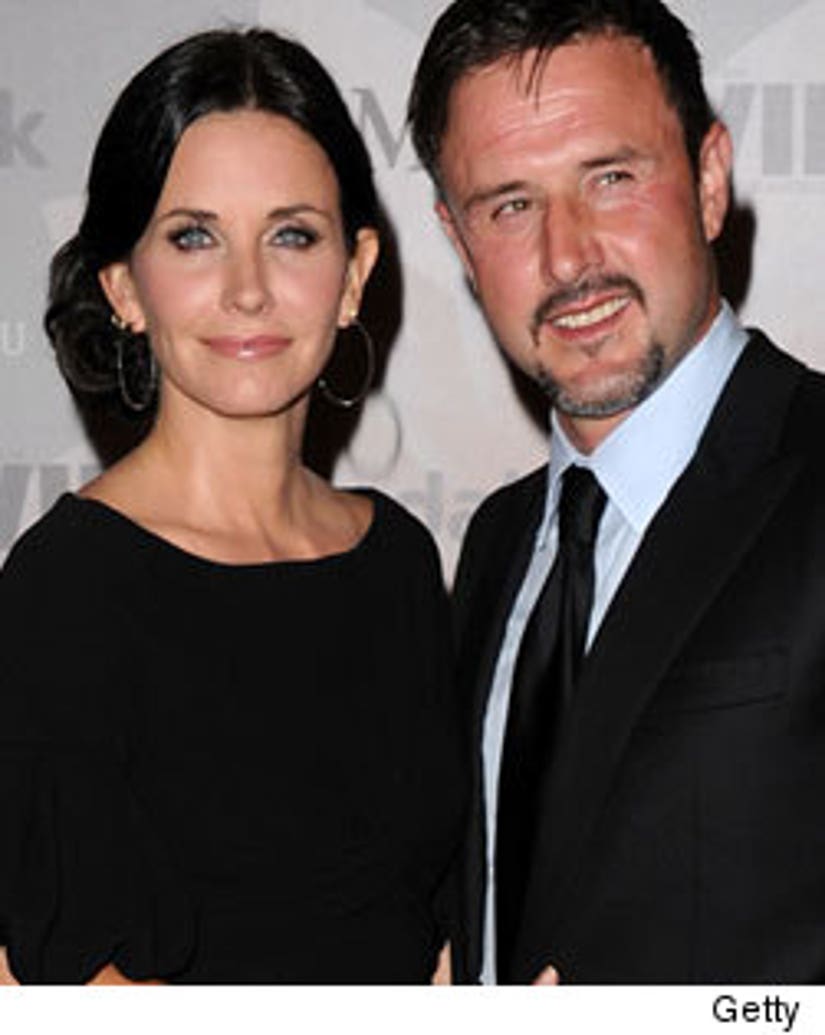 Look like David Arquette and Courteney Cox are heading for a reunion ... on TV anyway.

David is slated to join his estranged wife on an episode of her ABC sitcom "Cougar Town." The 40-year-old actor will appear in the show's season finale, playing a hotel concierge who caters to Courteney's character Jules' every need. After an 11-year marriage, sounds like it should be a pretty familiar role for him.

David tweeted his excitement over the news on Friday, sending a message to Court and her co-star Christa Miller: "@courteneycox @ChristaBMiller Can't wait to work with you ladies!"

The couple has been separated for well over a year, but remain very close friends. In fact, Courteney only joined Twitter this week, and quickly turned to her ex for advice, tweeting "@davidarquette What am i doing, David?!?!"