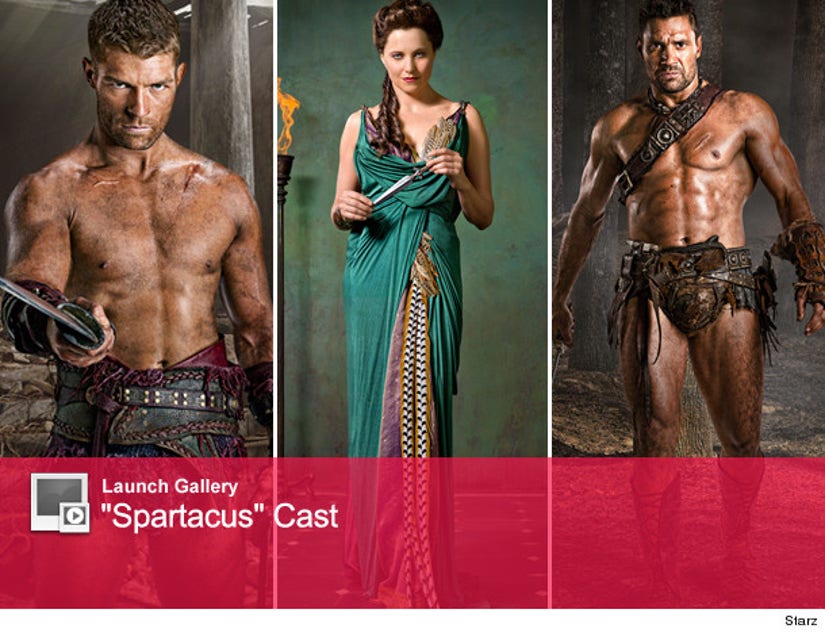 The bloody and sexually charged Starz show is back for the first time since star Andy Whitfield tragically passed from cancer at the young age of 39 last September.

Taking on the title role and some serious pressure from the fans is 29-year-old Liam McIntyre, another Aussie actor with a killer body.

He's not the only one taking over a role previously held by someone else though, as Cynthia Addai-Robinson has stepped in to play Crixus' love Naevia. Former star Lesley-Ann Brandt left during the show's extended hiatus.

Returning this season are Crixus (Manu Bennett), Gannicus (Dustin Clare) and even Lucretia (Lucy Lawless), who was left for dead at the end of Season One.

Check out all the new faces and sneak peek pics in the gallery above. Will you be watching tonight?