Chris Evans may be done filming "Captain America" and "The Avengers" for now, but he's still got that superhero bod!

The actor was spotted on the set of a Details photo shoot yesterday, where he showed off his shredded body and numerous tattoos while going shirtless.

He's definitely looking a little less bulky and a lot less waxed here than he does on film -- and we prefer him that way!

Check out the smooth shot of him from "Captain America" below. Which look do you like more? 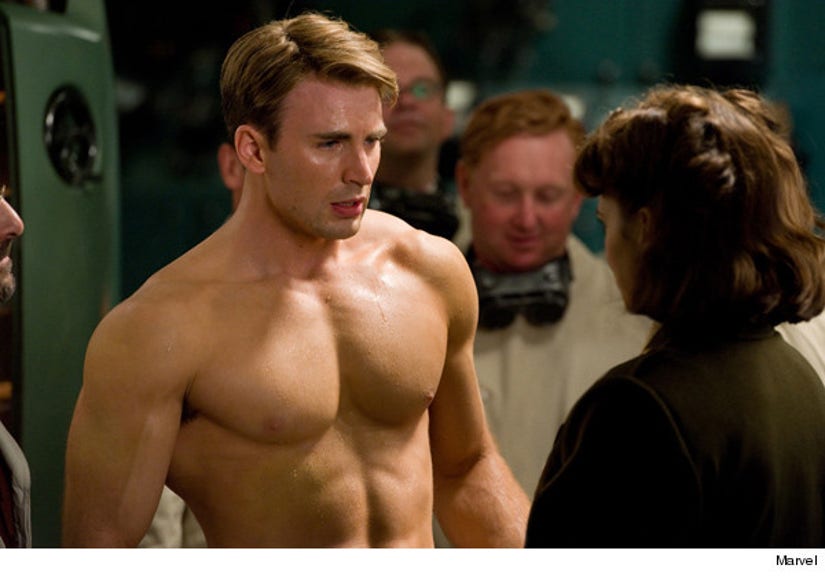