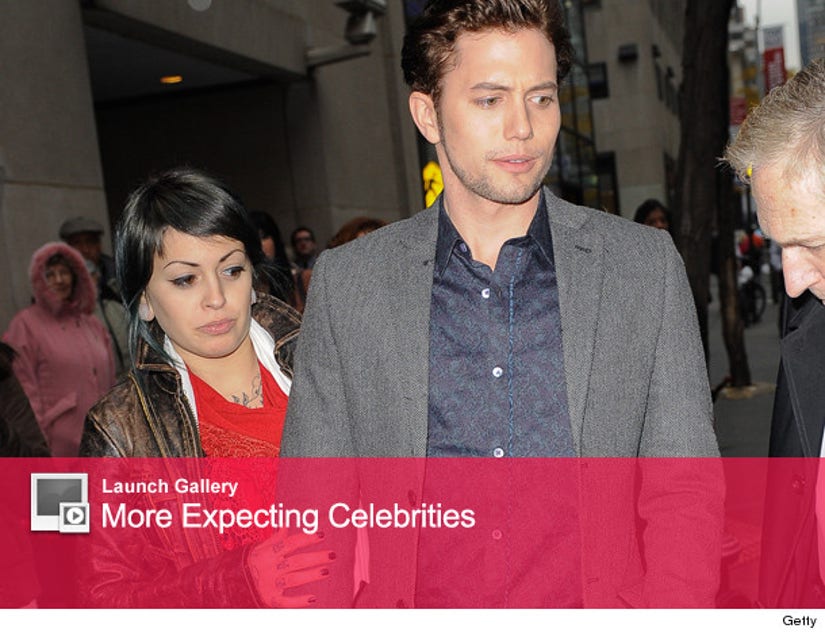 One of the hot stars of the "Twilight" flicks is about to be a daddy!

Jackson Rathbone, who plays vampire "Jasper" in the wildly popular film franchise, is expecting his first child this year with girlfriend, Sheila Hafsadi.

The two are "thrilled and excited" about the news, a rep tells US Weekly. The heavily tattooed and green-haired Halsadi, a burlesque dancer, is reportedly 5 months along.

Jackson and Sheila met while Rathbone, 27, was touring with his band, 100 Monkeys.

Check out who else is expecting a baby in 2012 in the gallery above.