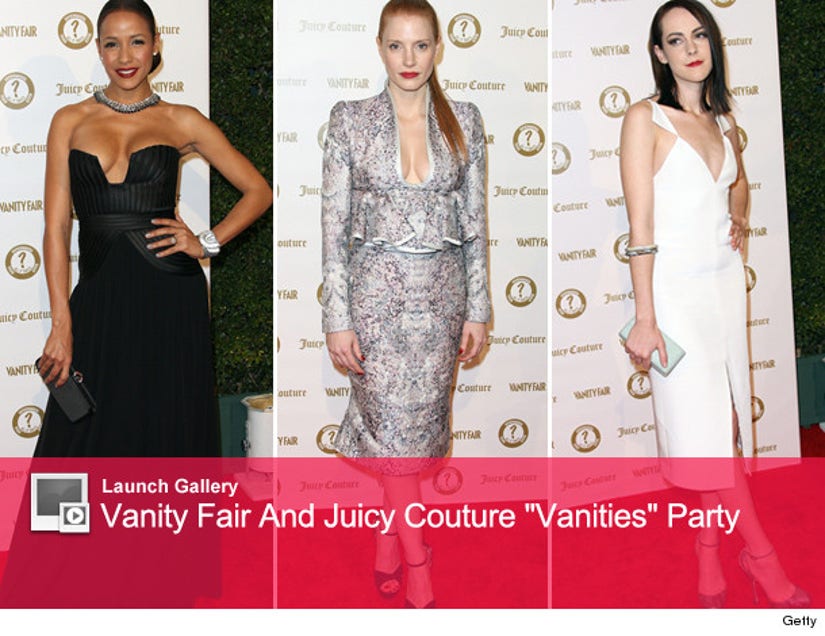 Looks like everyone got the cleavage memo for last night's Vanity Fair & Juicy Couture "Vanities" party!

Almost all the women who hit the red carpet at the event, held at Siren Studios, did it with some crazy low-cut dresses ... with varying degrees of success.

Former "Heroes" star Dania Ramirez looked seconds away from a wardrobe malfunction all night long thanks to her low-sitting black dress.

Oscar nominee Jessica Chastain didn't fare much better in her frilly frock, which it looks like she wore without any support for her chest. We expect MUCH better this Sunday at the Academy Awards.

Check out all the risque fashion above!