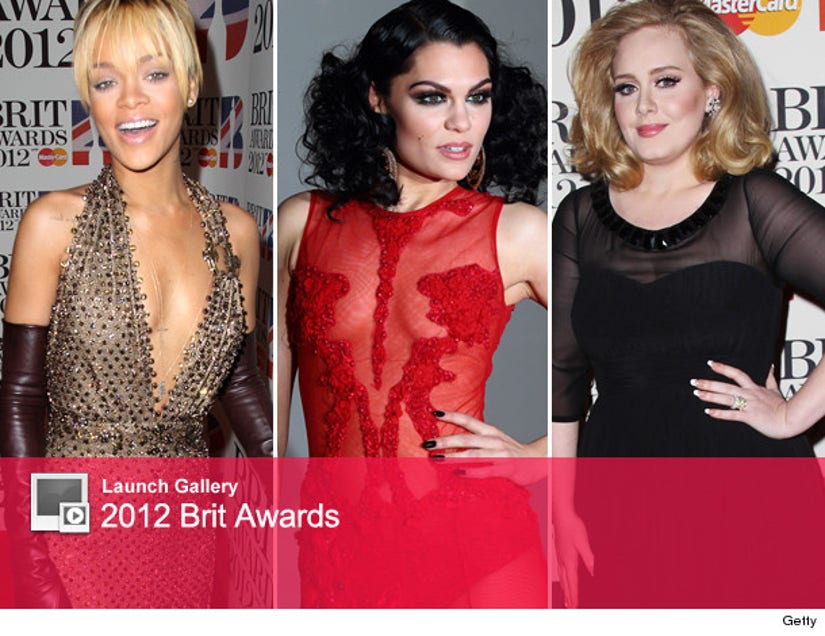 Rihanna isn't missing a beat after releasing two songs with felon ex-boyfriend Chris Brown -- hitting the red carpet moments ago at the BRIT Awards in the U.K.

The singer made headlines last night after she and Brown unveiled remixes of two of their songs, "Birthday Cake" and "Turn Up the Music," featuring each other.

While many are debating whether it was irresponsible for Rihanna to work with the guy who physically abused her three years ago, it hasn't fazed the singer -- who was all smiles in a low-cut, gold gown.

Rihanna wasn't the only big star at the show, as Adele, Jessie J, Kylie Minogue, Florence and the Machine's Florence Welch and Spice Girl Emma Bunton were also in the house.

Check out all the red carpet shots above.