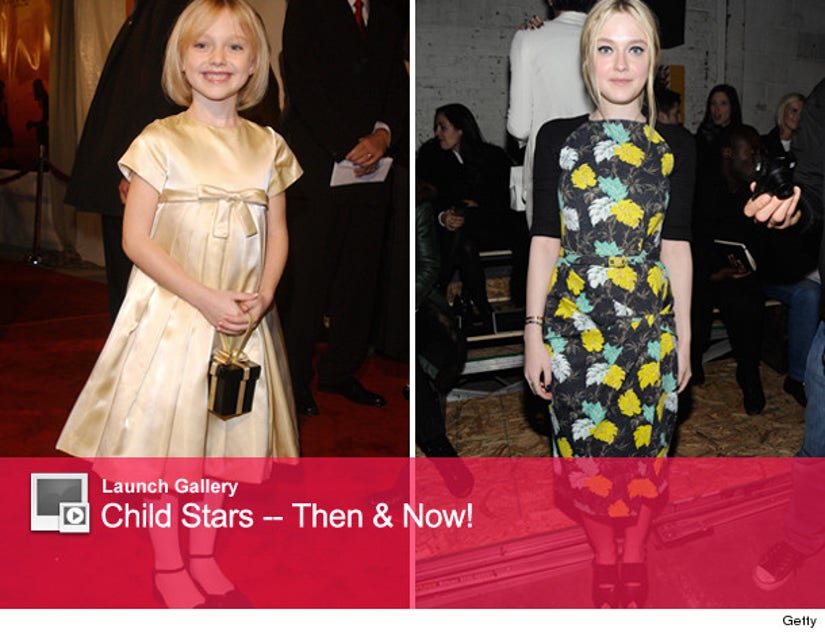 Dakota Fanning has grown up in front of the camera -- and today, she turns 18!

The young actress got her start doing TV appearances on shows like "Ally McBeal" and "Spin City," before getting her first big break starring alongside Sean Penn in "I Am Sam."

From there, Dakota's career was off and running -- co-starring with Tom Cruise, Mike Myers, Robert DeNiro and Julia Roberts in flicks like "War of the Worlds," "The Cat In the Hat," "Hide and Seek" and "Charlotte's Web."

Recently, she juggled projects like playing the evil Jane in the "Twilight" movies with high school, where she was a cheerleader. Dakota graduated in June 2011.

Fanning currently attends NYU ... but may be the only undergrad who also mingles with Natalie Portman, George Lucas and Marc Jacobs in the front row of New York Fashion Week's hottest shows.

Through it all, Dakota has remained a pretty, stylish and well-adjusted girl ... and for that, we applaud her.

Check out how some other former child stars have aged in the gallery above.