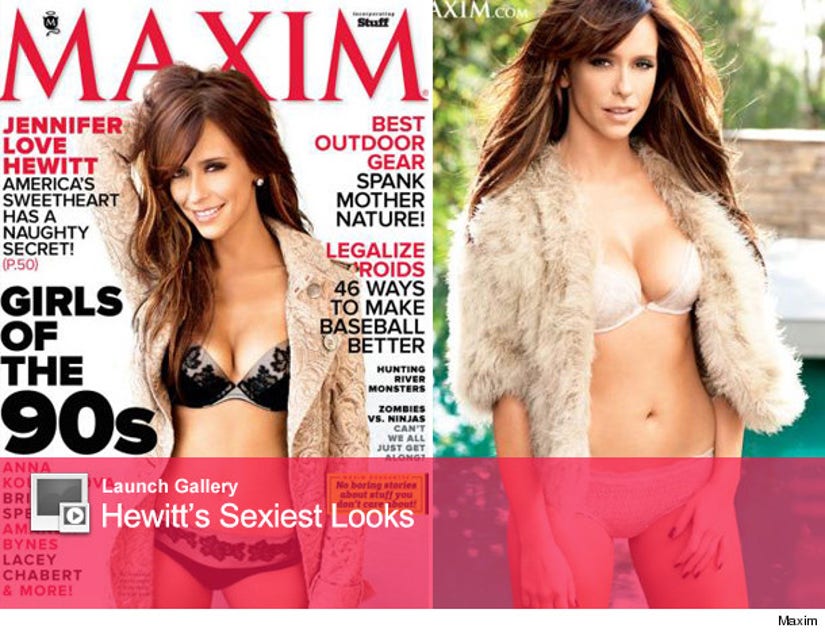 Jeniffer Love Hewitt just revealed the body part she's most proud of ... and a lot of guys are probably going to agree with her.

"It's horrible to say, but I like my boobs," the actress says in the April issue of Maxim, which she covers while wearing some sexy lingerie. "They've always served me well. They're good!"

Anyone disagree? Check out more photos above!

This is Hewitt's fourth cover for the men's magazine, an honor she relishes. "I love my Maxim! It's my scale of how good I look," she says.

In the issue she also talks about being recently single -- and how men never hit on her.

"It might sound so stupid, but guys do not hit on me. I'm not really sure why, but it's very rare that a guy will ever come up to me and be like, 'I'm going to lay down my game right now, and you're going to like it.'"

See more of Hewitt when her new show, "The Client List," premieres April 8 on Lifetime.