Her last name may ring a bell -- and her face definitely looks familiar -- but you probably don't know much about Elizabeth Olsen.

The 23-year-old star of "Silent House," in theaters now, comes from one pretty famous family and has had a huge breakout year. Check out 10 facts that you didn't know about Elizabeth! 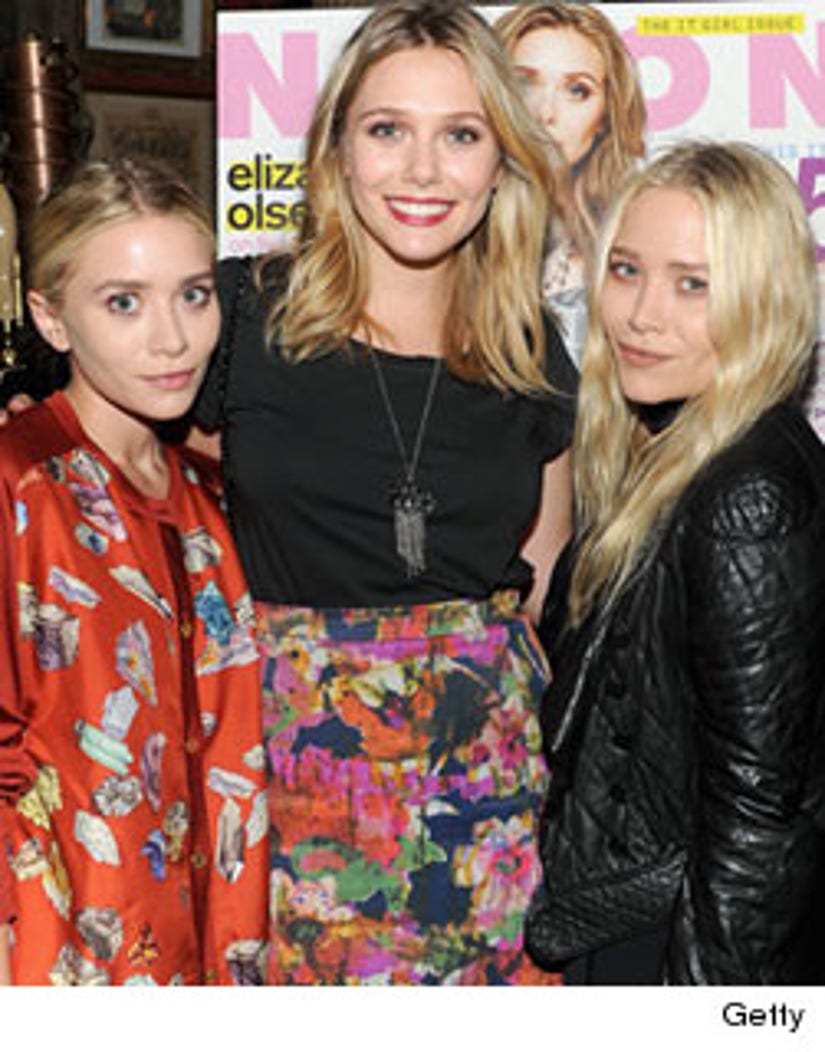 1. She is Mary-Kate and Ashley's little sister.
That's why her face looks so familiar ... Elizabeth looks just like her twin sisters! The girls formerly known as Michelle Tanner are nearly three years older than Elizabeth.

2. She has a fashion line named after her.
You know Mary-Kate and Ashley's line "Elizabeth & James?" This is the Elizabeth! James is MK, Ashley and Elizabeth's older brother. Aww, sibling love.

3. She learned to read on the set of "Full House."
She may be 3 years younger than her famous siblings, but that didn't stop this studious girl from benefiting from Mary-Kate and Ashley's teachers!

Elizabeth spent so much time on the set of "Full House" as a child that she started reading with the twins' tutors and was proficient by the time she was 5.

4. She started making movies in kindergarten.
Though she didn't professionally act until she was in her 20s, Elizabeth and her friends made a remake of "The Wizard of Oz" while they were in kindergarten. Where can we find this adorable video?

5. She's a college girl.
This studious actress is still a student at the Tisch School of the Arts at NYU. She tries to schedule her classes at times that give her free time to shoot, and studios plan press and events around her class schedule.

6. She's studied in Russia.
The 23-year-old takes her craft very seriously, including spending a semester abroad in Russia studying at the Moscow Art Theater School.

7. She doesn't believe in nepotism.
Elizabeth never wanted to use her family name to get ahead in the business. She began doing children's musical theater at the age of 8, realizing at age 16 what it actually meant to train in and study theater. While at NYU she began getting work in off-Broadway productions because of her teachers ... which eventually led to her agent and feature film career.

8. She likes auditioning.
While many actors complain or get offended if they are asked to audition for a role, Elizabeth loves it. She says she like having to figure out how to approach a character, and she enjoys being with the director and casting director at the beginning of the entire process.

9. Her film debut brought awards.
Elizabeth's first feature to hit theaters was "Martha Marcy May Marlene," which debuted at the Sundance Film Festival last year. Her performance was showered with critical acclaim including honors from the Los Angeles, Phoenix and Florida Film Critics Associations, and Best Actress nominations from various organizations including the Independent Spirit Awards -- the indie equivalent of the Oscar.

10. She is keeping busy!
She may have only gotten her first job in 2010, but Elizabeth is definitely a wanted actress now! There are six new projects that you can expect from Elizabeth over the next two years, including period thriller "Kill Your Darlings" with Daniel Radcliffe, Michael C. Hall and "Boardwalk Empire's" Jack Huston, which she just started shooting this week!