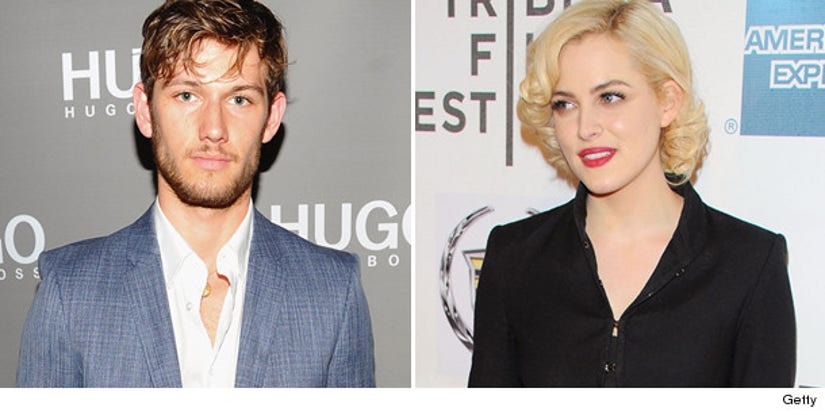 Sorry ladies, Alex Pettyfer is off the market!

The "I Am Number Four" hunk is engaged, but not to just any girl; he's marrying into Hollywood royalty!

Alex's new fiancee is Riley Keough, the daughter of Lisa Marie Presley and the granddaughter of Elvis Presley and Priscilla Presley. The couple, who are costars on "Magic Mike," has only been dating for six months. Alex and Riley dined at a L.A. restaurant yesterday, where Riley was seen sporting an engagement ring.

Us Weekly was the first to break the news. Neither Alex or Riley have confirmed their engagement. See Riley's engagement ring below and other star's bling below: