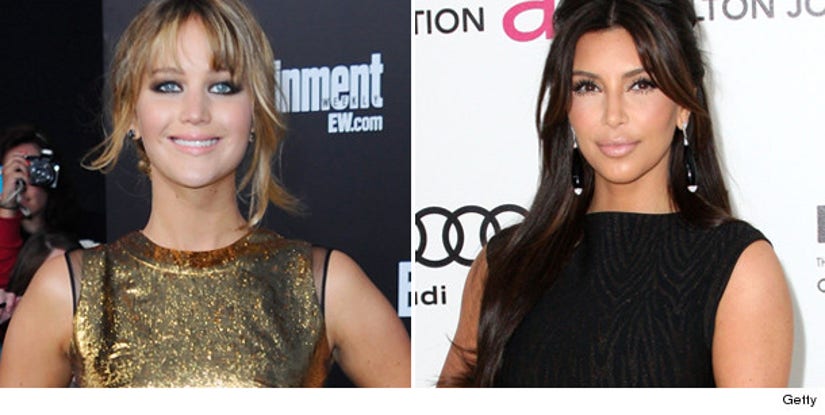 "Keeping Up with the Kardashians" may not feature 12-18-year-olds battling in a televised death match, but "Hunger Games" star Jennifer Lawrence thinks the E! series could be a sign of things to come.

“I was watching the Kardashian girl getting divorced, and that's a tragedy for anyone. But they're using it for entertainment, and we're watching it," she tells Parade, referencing Kim Kardashian's 72 day marriage to Kris Humphries.

"The books hold up a terrible kind of mirror: This is what our society could be like if we became desensitized to trauma and to each other's pain,” Lawrence continues.

It's an extreme, for sure, but Jennifer isn't the only one from the "Hunger Games" cast comparing the movie to the current state of reality TV.

"Who knows how twisted we're going to get?" he adds. "Hopefully we'll go somewhere smarter and more beautiful and more peaceful, but that's not where we're headed at the moment. Things that would shock us years ago are like nothing now."

What do you think? Do they have a point?