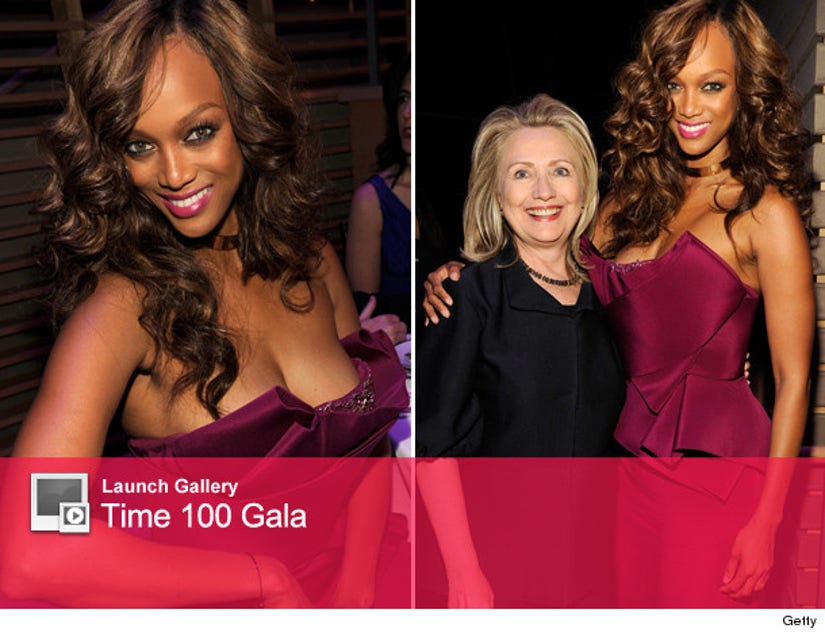 Apparently the contestants on "America's Next Top Model" aren't the only ones in need of a makeover.

The world was shocked last week when Tyra Banks suddenly fired her team consisting of Nigel Barker, Miss J. Alexander and Jay Manuel ... and now we know why.

"We reached a point, where were feel the show needs a new boost,” Tyra told Access Hollywood at the 2012 Matrix Awards in New York City on Monday.

“It's very difficult because I love my guys, they're my guys,” she added. “They've been there since the beginning of the show.”

Tyra hinted the group may work together in the future though -- telling Access "My partner Ken Mok and I have projects we're developing, and we're a family, it doesn't end."

Banks was on hand at the Time's 100 Most Influential People In the World event in New York last night, where she hit the red carpet in a pink gown and smized alongside Hillary Clinton -- check out more photos from the event above!