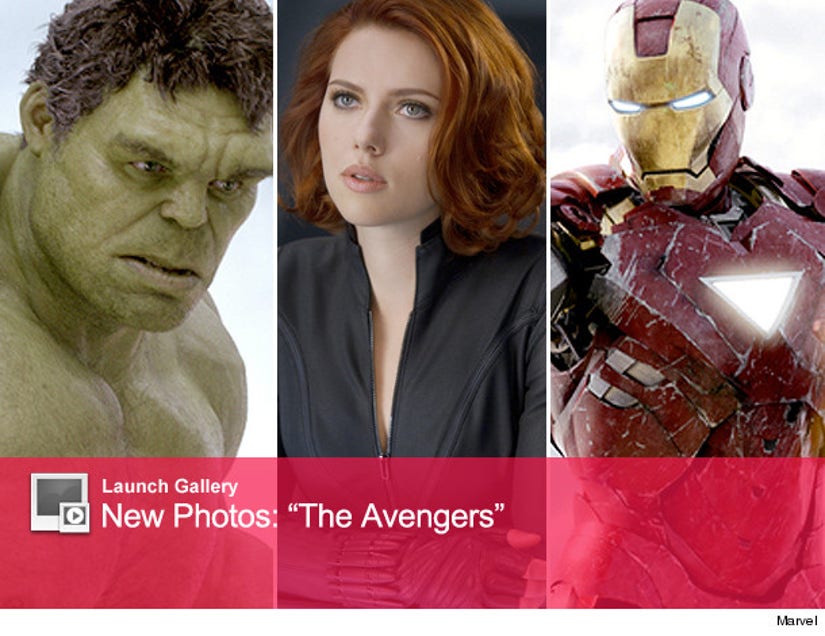 "The Avengers" has already raked in over $260 million overseas and will break the bank when it opens here this weekend -- but one question remains: Is the movie any good?

We've seen the movie and can answer that with a resounding YES!

The flick, which sees Iron Man, Captain America, Hulk, Thor, Black Widow and Hawkeye finally fighting together, has been four years and five films in the making ... and is totally worth the wait!

The plot revolves around Thor's brother, Loki (Tom Hiddleston), waging a full-scale war on Earth -- but, while he's a powerful nemesis, the biggest threat to the superheroes might just be each other.

Iron Man (Robert Downey Jr.), Thor (Chris Hemsworth) and Captain America (Chris Evans) all duke it out in a no-holds-barred fight in the forest ... Black Widow (Scarlett Johansson) and Hawkeye (Jeremy Renner) beat each other up ... and Hulk (Mark Ruffalo), well, he crushes just about anything and anyone put in his path.

In short: The Avengers are one very dysfunctional family ... but boy do they put the "fun" in dysfunction.

The script, written by director Joss Whedon, has some of the most intentionally hilarious scenes in comic book movie history and keeps a perfect balance between serious action and old fashioned fun throughout the entire flick.

While Robert Downey Jr. is always a scene stealer, it's Ruffalo and his angry alter-ego that really shine here. After two failed movies of his own, "The Avengers" finally gets the green guy right.

Clocking in at 135 minutes, it does take a while for the group to finally come together as a full, cohesive unit -- but once they do, it climaxes in one of the best action sequences ever.

Trust us when we say all comic book fans will be smiling from ear to ear every second of the explosive finale battle that sprawls through all of New York City.

Bottom line: Anyone who saw and enjoyed the previous Marvel movies, will LOVE this movie ... and those who didn't, you'll probably still have a pretty fun time.

And be sure to stay around during the credits, as there's at least one additional scene that
hints at future "Avengers" installments!