With the upcoming release of "The Avengers," there's bound to be tons of tie-in merchandise.

Gallery 1988 on Melrose Avenue in Los Angeles held an exhibit of some great original artwork of earth's mightiest heroes, and we got a few pieces of art to share with all you comic book fans out there!

Check out this cool take on the Avengers logo by DKNG Studios. 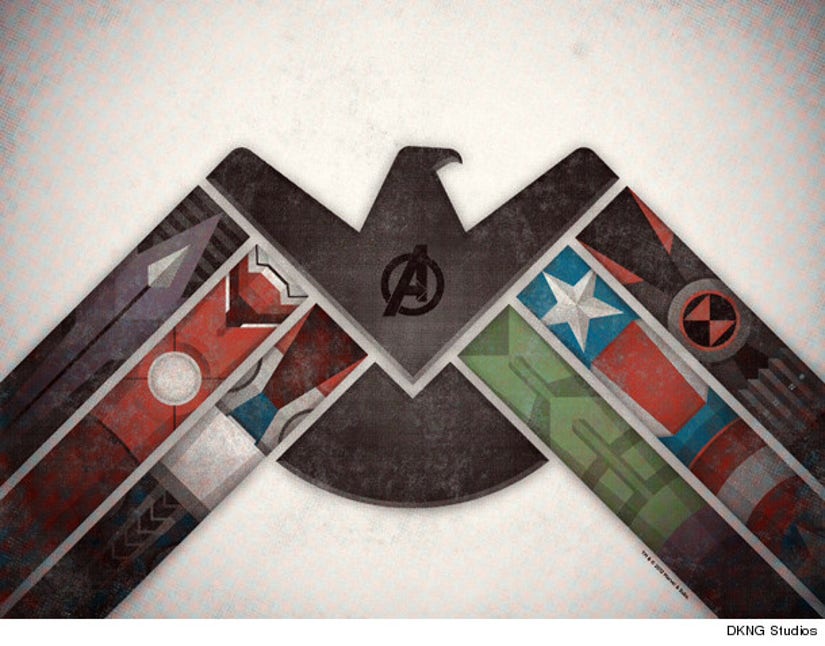 At first glance, it just looks like and eagle, but each of the six wings symbolizes each superhero: (from left to right) Hawkeye's bow, Iron Man's power core, Thor's hammer Mjolnir, The Hulk's muscles, Captain America's shield and Black Widow's red hourglass emblem.

Next up is a fun piece of pop art by Dave Perillo. 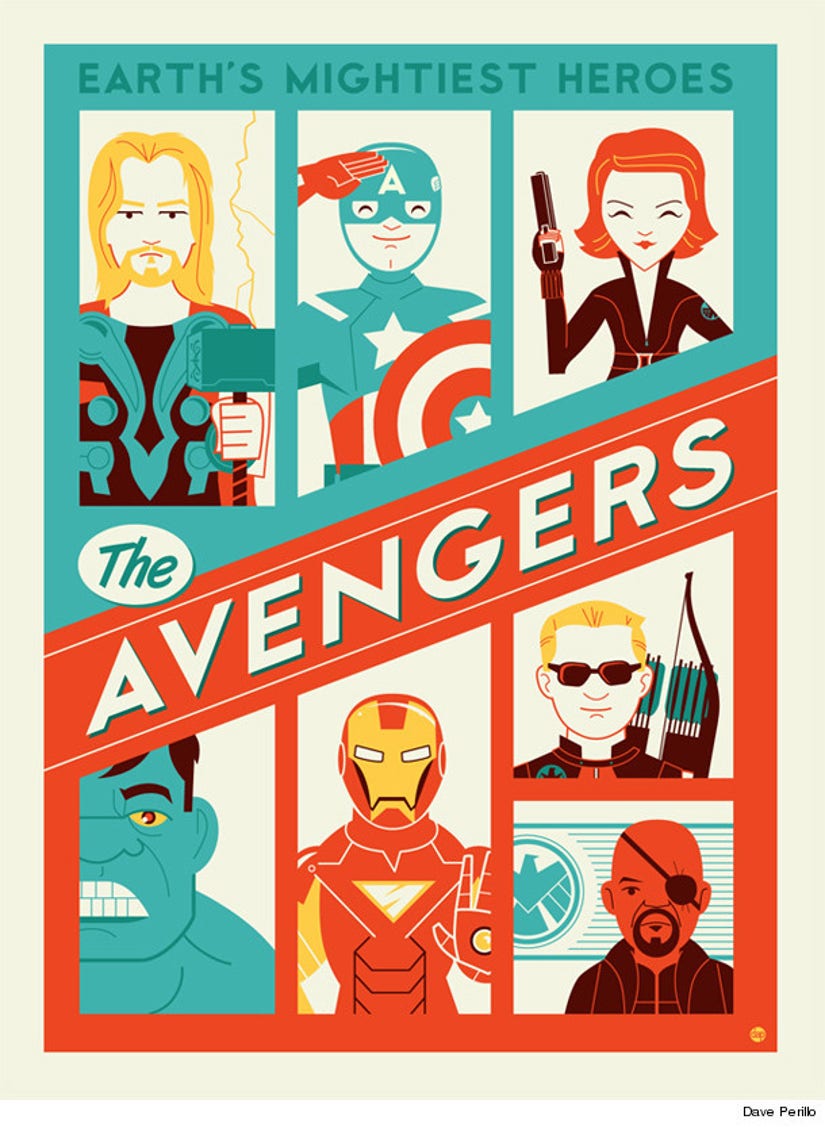 We love the throwback, cartoon look, although The Hulk is looking a little more teal than green! 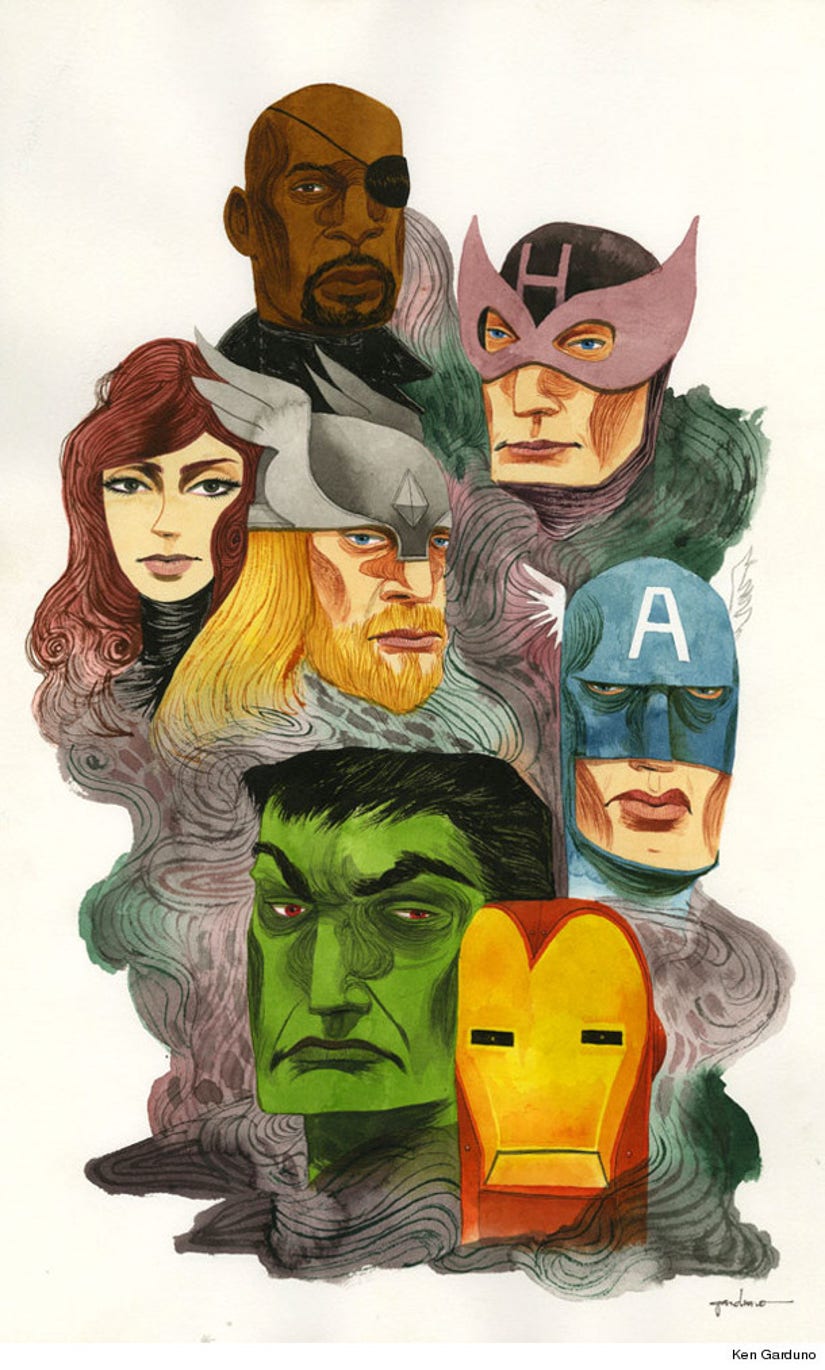 It's clear Ken draws influence from the comic book series, depicting Thor in his famous winged helmet and Hawkeye in his cowl mask (neither Chris Hemsworth or Jeremy Renner wear them in the film). It's definitely a stylish piece.

Head over to Collider to see even more art from the exhibit, and special guest appearances from director Joss Whedon and actor Clark Gregg!