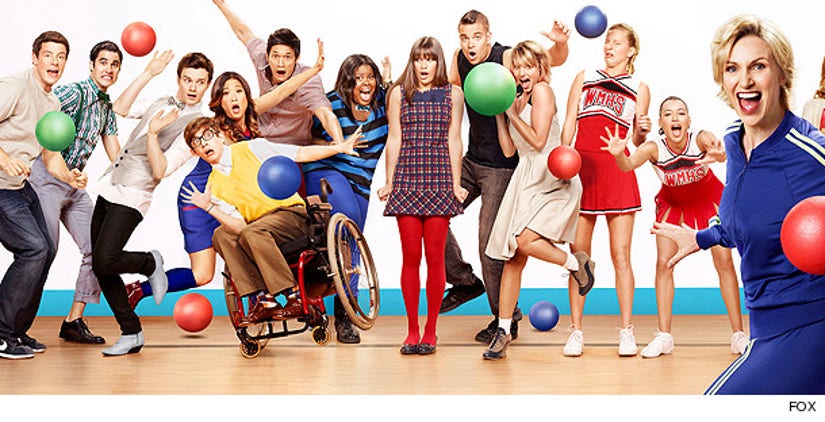 Most of the stars of "Glee" wrapped Season 3 yesterday -- but for some of them, did they also say goodbye to their McKinley High characters forever?

The buzz this morning is that Amber Riley (Mercedes) and Dianna Agron (Quinn) are off the show next year, after both of them posted some very sentimental messages on their Twitters.

"That's a wrap on Amber Riley! Just closed a chapter in my life, the only thing I've known day in and day out for three years," Riley tweeted last night.

"I'm going to miss the whole Glee family, seeing them everyday," she adds. "I have so many brothers and sisters now :) But I am looking forward to a much needed and deserved summer vacation! SCHOOL'S OUT Glee Kids! Let's play!"

She also said "Stay tuned to see what's next for Mercedes Jones" -- but it's unclear if she means in upcoming episodes this season or if she's alluding to future seasons.

Agron got sappy on her Twitter last night too. She writes:

"I don't know all that is to come, but I know what a day like this means. Four years of love, light & support. To the cast, crew & creators. And to all of you that have shown your love along the way. We just can't thank you enough. This has always been a very surreal experience."

Lea Michele was also sentimental, even though it's pretty much confirmed she'll be returning next year.

"Said our goodbyes to the rest of the cast who wrapped for the season just now," she posted. "So proud to work with such an amazing group of people."

So ... do you think they're pushing Amber and Dianna out the door? Will you miss them? Sound off below!