The 42-year-old singer performed her new single, "Dance Again," on Thursday night's elimination episode -- where she shared some serious PDA with her 24-year-old boyfriend.

Midway through the song, her backup dancers cleared the stage and she was left with Casper. The two of them then did some impressive choreography with each other and ended the performance with a near kiss.

After the song, confetti went flying -- and Casper, like a good boyfriend, picked some of it out of J.Lo's hair.

Lopez even exclaimed "He's so cute!" before the show cut to commercial.

After the show, a solo J.Lo celebrated the 10 year anniversary of her first fragrance, Glow, and the launch of her latest scent, Glowing, at the Hotel Bel Air. 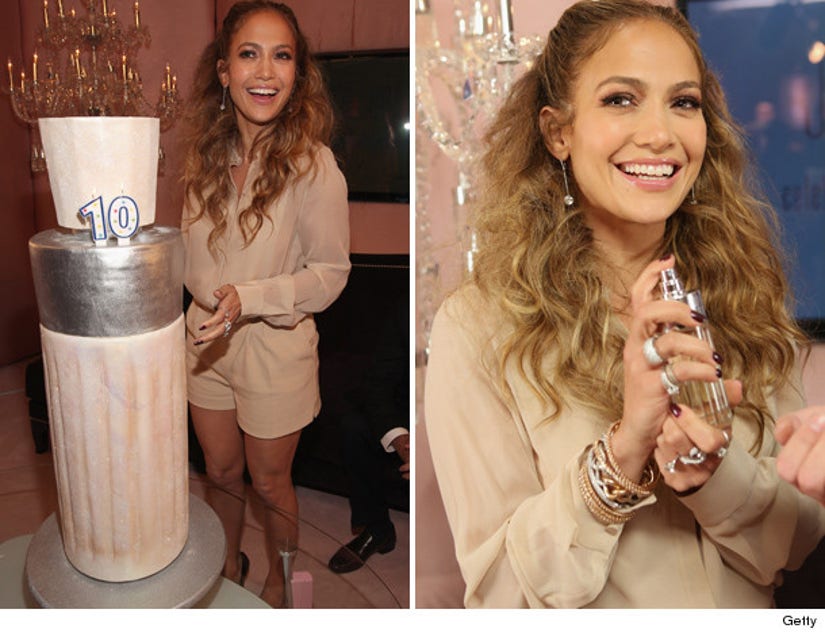