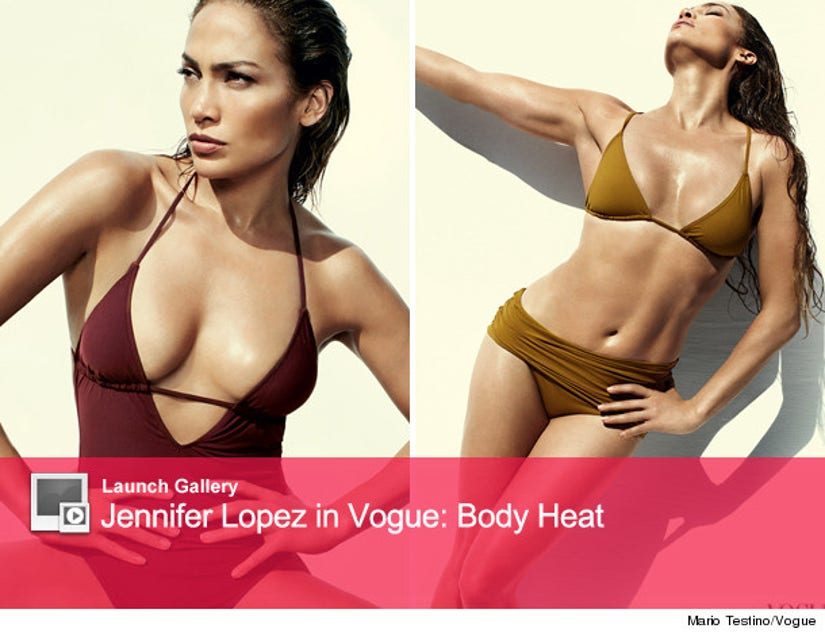 Jennifer Lopez has a lot to be proud of -- whether it's her body or her body of work!

The sexy 42-year-old shows off her impressive figure in a number of bikinis in the new issue of Vogue, where she's photographed by famed photographer Mario Testino.

Her physique has never looked better ... and the same can be said for her career.

Lopez was just named #1 in the Forbes Celebrity 100 list, after raking in $52 million in earnings over the past year and gaining even more notoriety thanks to her role on "American Idol."

J.Lo unseats Lady Gaga on the list, who fell to the #5 spot on the list this year.

It's worth noting the list does its ranking by factoring both money and fame -- which explains why Oprah Winfrey came in second place, despite making $165 million.

See who else made the list over at Forbes -- and check out all of Jennifer's sexy bikini shots above.