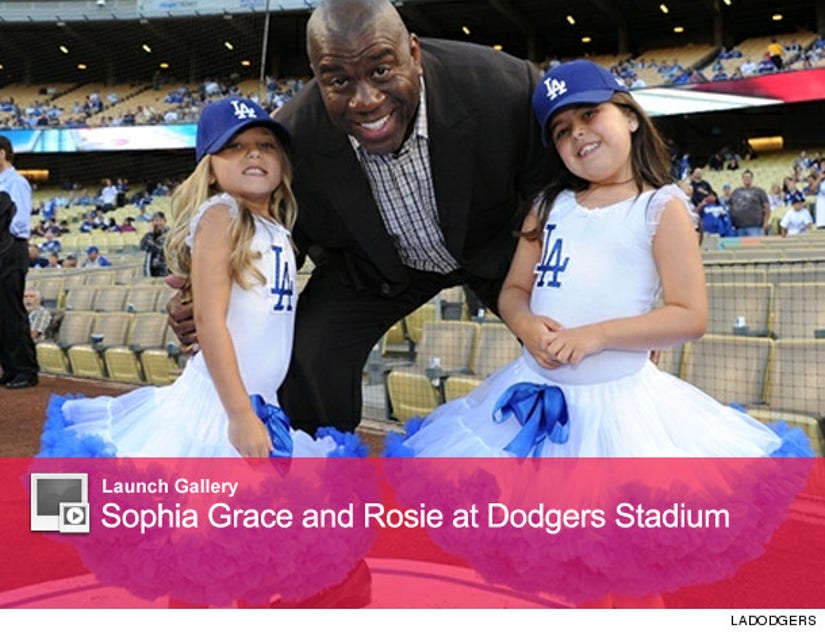 Sure they've sung pretty much every Nicki Minaj song ever released, covered red carpets and had tea with Taylor Swift, but now Sophia Grace Brownlee and her cousin Rosie McClelland are conquering new territory -- throwing out the ceremonial first pitch at a baseball game!

Ellen DeGeneres' favorite cuties headed to Dodgers Stadium in Los Angeles on Monday, where they experienced baseball for the first time (they are Brits, afterall), hung out in the dugout, chatted up some players and even met NBA legend -- and new Dodgers owner -- Magic Johnson before throwing out the first pitch at the Dodgers vs. Arizona Diamondbacks game!

Click "Launch Gallery" above to see photos of the girls -- decked out in custom blue and white Dodgers tutus! -- during their baseball excursion, and watch the video from "Ellen" below to see if their pitches made it to the batter's box!