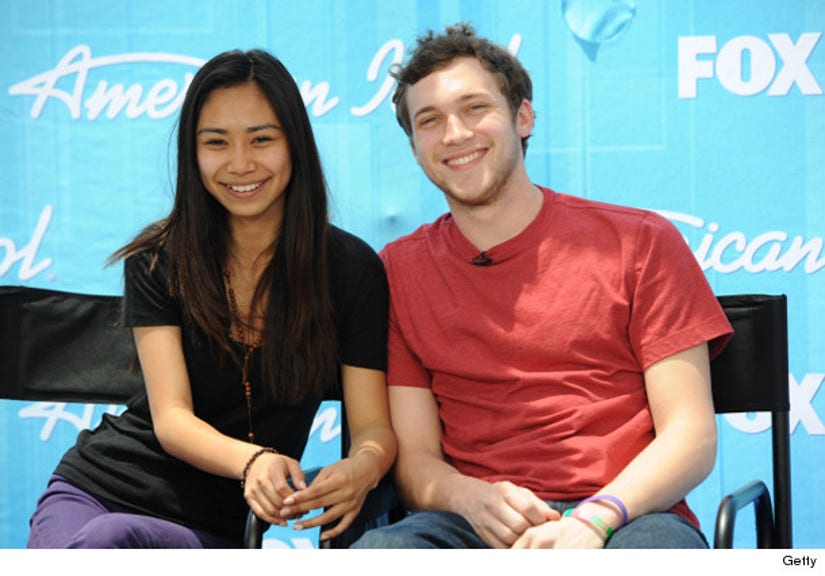 A new "American Idol" will be crowned Wednesday night, and if history proves true, it's Phillip Phillips' title to lose. That's not to say that Jessica Sanchez won't give him a run for the money. The petite teen with the big voice ranks among the best vocalists in the show's 11-seson history. toofab's Lawrence Yee breaks down the top two's chances.

Jessica Sanchez's talent is undeniable. But she's hardly the next undiscovered talent. A child star, Jessica was featured on "Showtime at the Apollo" when she was just 10 and competed on another competition show -- "America's Got Talent" -- at age 11. She idolizes Beyonce and even created her own alter ego like the superstar. But, as the judges have pointed out, what "BeBe Chez" still lacks is that genuine audience connection -- maybe because she's just that a persona.

All season long, the judges have praised Phillip Phillips' originality. He doesn't seem to care about the more superficial elements of performing (fashion and working the crowd), preferring instead to just let his music speak for itself. His vocals have been compared to Dave Matthews, but he doesn't really sound like any current artist on the radio.

So who should win? Jessica would enter a crowded pop arena that already includes a lot of young female talent: Rihanna, Selena Gomez and Demi Lovato, just to name a few. Would her big voice distinguish her from the rest? Our vote goes to Phillip Phillips, who -- with the right material -- could find singer-songwriter success like Gotye.

The last four "Idol" winners have been WGWGs -- or white guys with guitars. Phillip Phillip fits the mold.

He's also never been in the bottom two or three -- a feat he shares with eventual winners Kelly Clarkson, Carrie Underwood, Taylor Hicks, Jordin Sparks, David Cook and Lee DeWyze. Other factor's in Phillips' favor: he's from the South (where seven of the 10 winners hail from) and he's good-looking (appealing to the power female teen voting base).

Jessica Sanchez was the lowest vote-getter among the Top 7 and would've been sent home had the judges not used their save. She hasn't been in the bottom two since then, but has she gained enough momentum to overcome her setbacks?

There was a girl next door likeability to Kelly, Carrie and Jordin that may have helped them steal some of those teen girl votes. It's not that Jessica isn't likeable, but she fits the "girl you're jealous of" more than "girl you want to be friends with" mold in our opinion.

Who will win? Based upon voting history, Phillip Phillips should run away with the title.

The Best of the Best?

This season had some tremendous talent, notably Skylar Laine, Hollie Cavanagh and Joshua Ledet. Phillip and Jessica delivered one amazing performance after another, and will surely bring everything they have in Tuesday's performance night.

Here are our favorite performances from each this season.

Who has your vote? Tell us in the poll below!