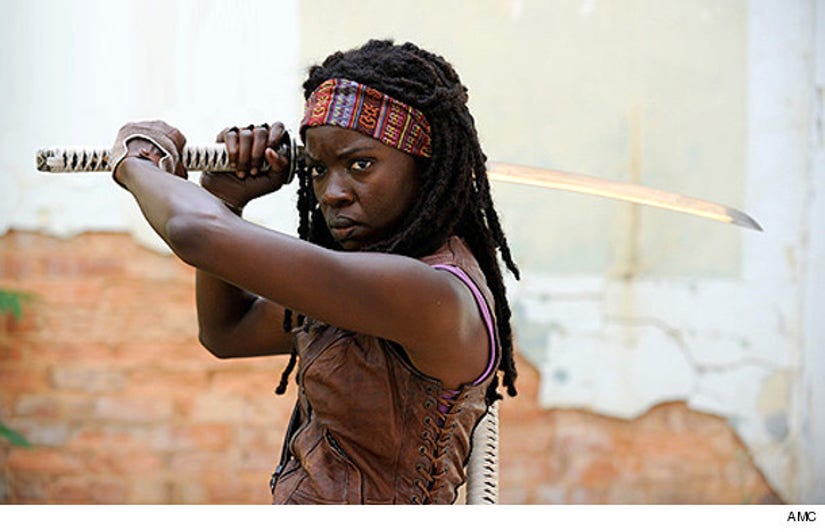 Production on Season 3 of the hit show "The Walking Dead" is underway, and today we get our first look at new character Michonne!

EW.com posted this pic of actress Danai Gurira as the katana-wielding zombie killer. Michonne was introduced at the very end of the Season 2 finale, where she saved Andrea (Laurie Holden) from being eaten by a zombie. At the time of filming, Danai had not been cast, so another actor stood in wearing a hood.

In the graphic novel, Michonne joins Rick (Andrew Lincoln) and the other survivors after they set up shop in a prison -- which has been established as the backdrop for Season 3. Presumably in the show, Andrea will lead Michonne to the group, which differs from the comic.

Check out the first look at Season 3, which Andrew describes as "darker, harder, faster, deeper."