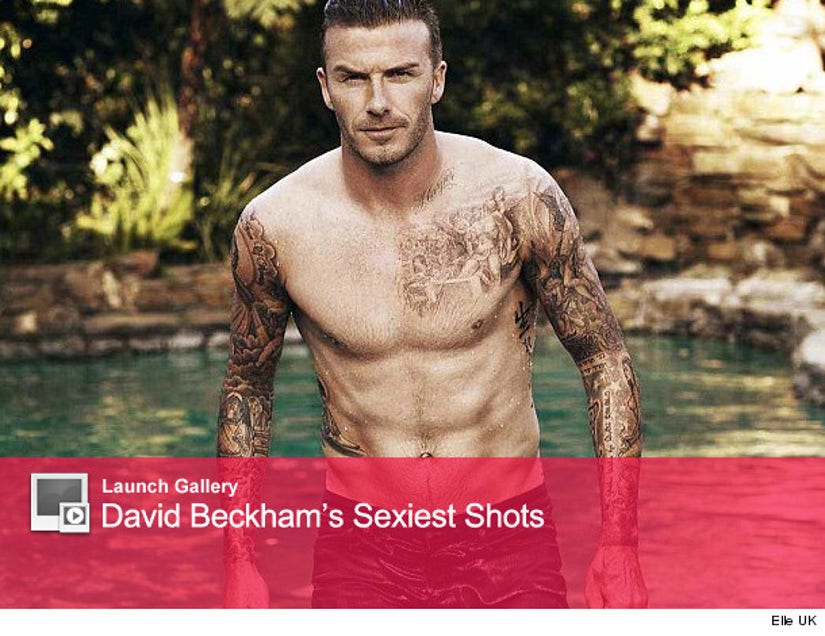 David Beckham has been named Elle UK's first male cover star -- and it's pretty easy to see why!

The sexy soccer star strips off his shirt and shows off his hot, tattooed body in the latest issue of the magazine -- where he's seen emerging wet from a pool.

Beckham, who just turned 37, makes one pretty model on both versions of the cover -- see the other one below.

"David Beckham is a national hero," ELLE Editor in Chief Lorraine Candy said. "He is an icon and Elle is known for featuring icons on its cover. This is a first for us on the newsstand and I believe he is loved by men and women alike."

So, what do you think? See more sexy shots of David in the gallery above. 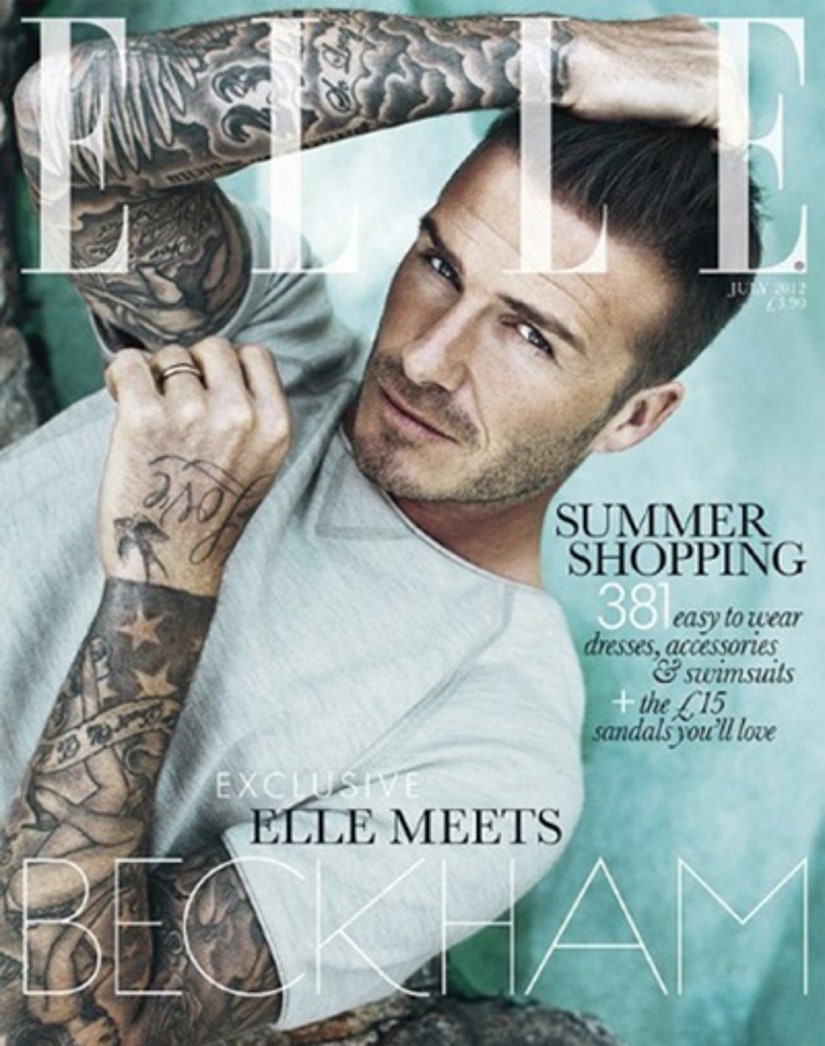