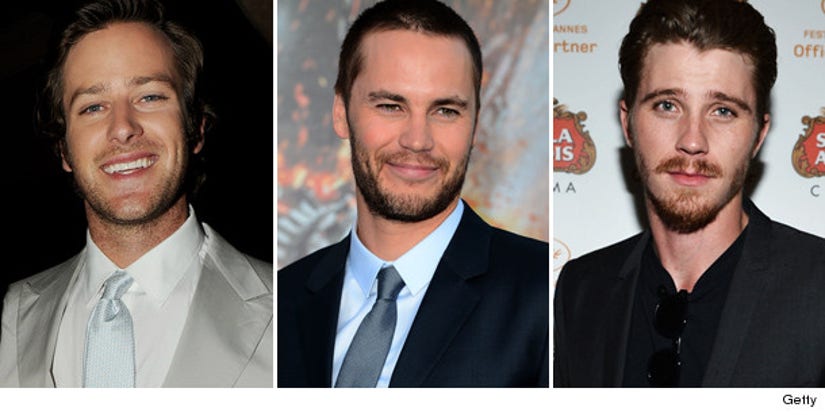 Casting is underway for "The Hunger Games" sequel, "Catching Fire" -- and one role has some seriously hot contenders!

One of the sexiest men from the books, the handsome and muscular Finnick Odair, will make his debut in the second flick ... and all of the guys up for the gig definitely fit the bill.

While Robert Pattinson shot down rumors he'll play Finnick, E! is reporting that Armie Hammer, Taylor Kitsch and Garrett Hedlund are in talks for the role.

The report also says the studio could also go with an unknown actor ... and an announcement could come this week.

Of the three guys above, which one would you love to see as Finnick -- or suggest some other actors in the comments below!