Don't get too fresh with this brunette beauty or her famous father will leave you blacker and bluer than her dress! 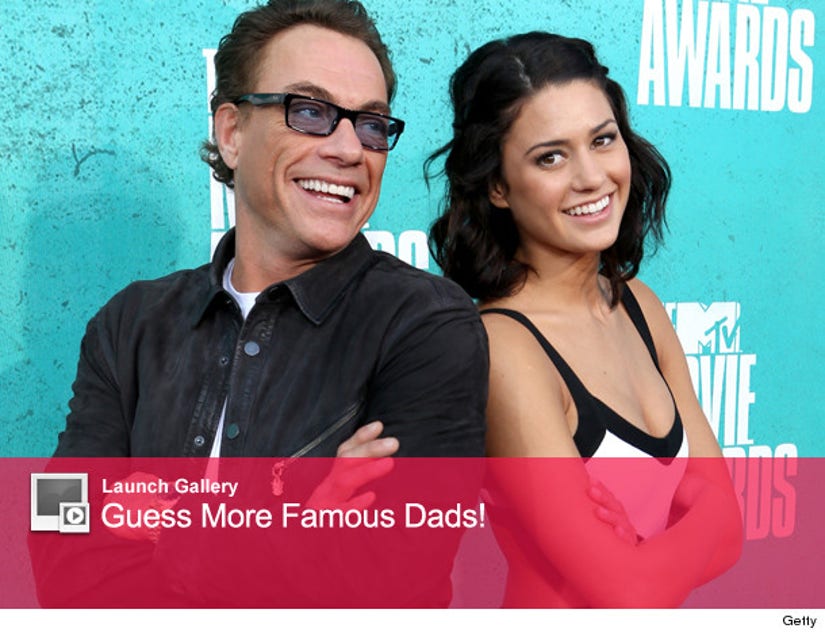 Bianca Van Varenberg is the daughter of '90s action star Jean-Claude Van Damme! Like her father, she's also an actor. Under the stage name Bianca Bree, she's appeared in such films as "Assassination Games" and participated in a British reality TV series focusing on her family ala "The Osbournes."

The father-daughter duo hit the red carpet at the MTV Movie Awards on Sunday. Bianca wasn't the only offspring "The Muscles from Brussels" trotted out this weekend. On Saturday, Jean Claude attended the Spike Guys Choice Awards with his son Kristopher Van Varenberg. Check out the below. See the resemblance? 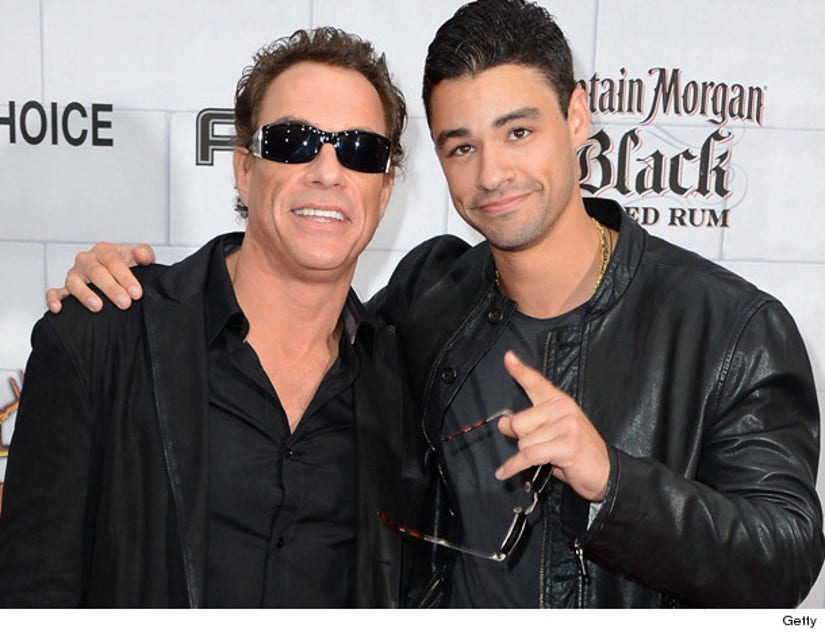 You can see Jean-Claude make his comeback in the "Expendables" sequel this summer.

To guess even more famous dads, click on the "Launch Gallery" button above!