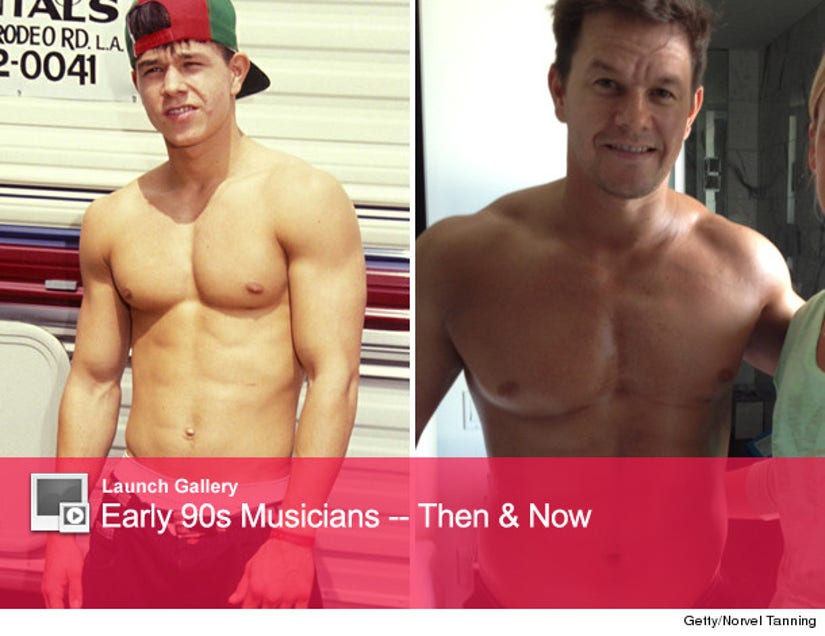 Mark Wahlberg turns 41 today -- and his career (and body) are in better shape than ever!

After quitting the original lineup of New Kids on the Block, the Boston native had some troubled teen years before forming Marky Mark and the Funky Bunch.

The group only lasted a few years, spawning one major hit from their 1991 debut album: The dance classic "Good Vibrations."

The group's demise ended up being a blessing for Mark -- who started getting modeling gigs with Calvin Klein and lead roles in movies like "The Basketball Diaries," "Fear" and "Boogie Nights."

He eventually would earn Academy Award nominations for his role in "The Departed" and scored a Golden Globe nom for "The Fighter," while also working behind the scenes on TV shows like "Entourage" and "Boardwalk Empire."

Mark, who is married and has four children with wife Rhea Durham, has also managed to stay in incredible shape over the years ... and looks just as good now as he did back in the '90s!

See how some of the other musicians from back in the day have held up in the gallery above.