Hard to believe that Anna Nicole Smith and Larry Birkhead's daughter Dannielynn is 5 years old -- and now, Larry is opening up about raising her as a solo parent.

In an interview airing today on "Good Morning America," Larry told Robin Roberts what he told his adorable daughter when she asked him "Why did mommie die?"

"I said, 'You know, they, doctors couldn't fix her. But if you're good … you'll get to see her someday,” he revealed.

Larry was also asked what he'll tell Dannielynn when she gets older and learns some of the more unglamorous details of Anna Nicole's life.

"I hope that she understands that no one's perfect and people have triumph and tragedies," says Larry.

"I want to make things a cautionary tale and give her the tools that she needs to where she has opportunities that her mother and Anna's son Daniel [who died shortly after Dannielynn's birth] won't have."

As for what Dannielynn shares with her famous mother: "Her desire to go shopping," Larry says with a laugh.

Check out some adorable footage of the two shopping together in the video above.

See how she's grown through the years below: 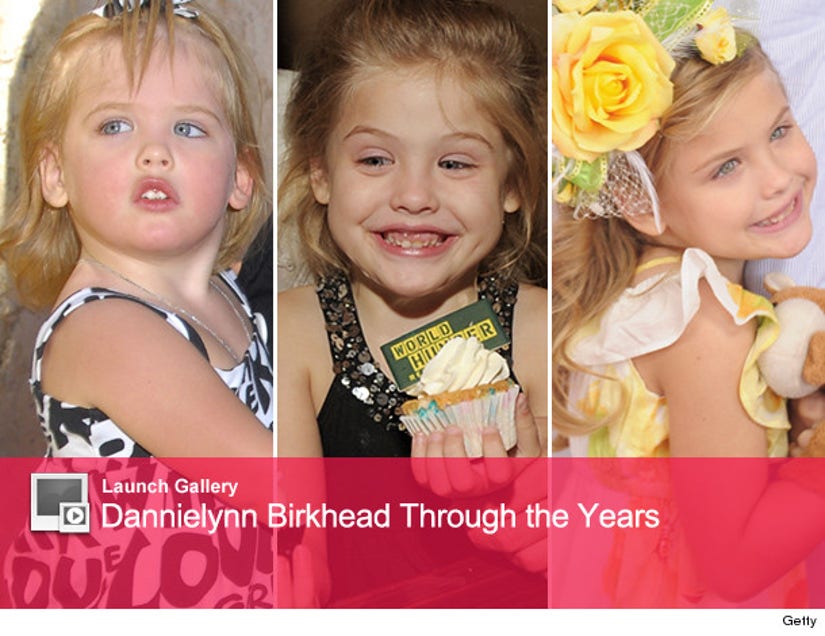