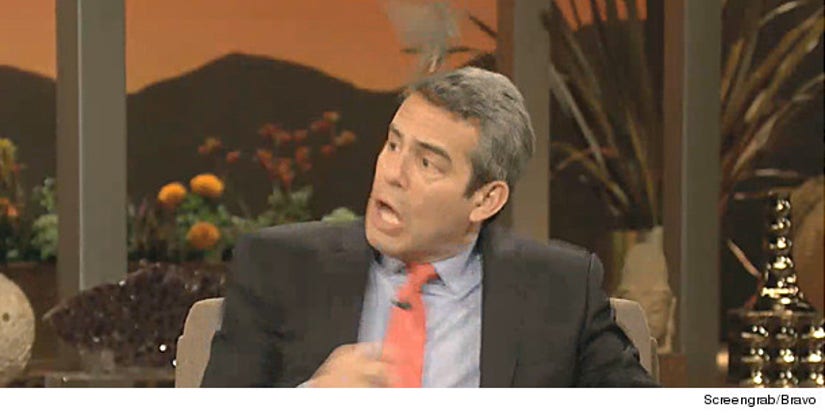 Attacks are common on the "Real Housewives" reunions, but none like this!

During a recent taping of "The Real Housewives of Orange County" Season 7 reunion, a small bird surprised Andy Cohen, causing the Bravo exec/host to leap out of his chair and the women to scream.

Check out the hilarious moment (and slow-mo replay) below:

Eventually, the bird calmed down and landed on a fruit basket on the coffee table.

The cast also calmed down, but Cohen was clearly flustered. Of course, this isn't the first time he's been physically attacked on a reunion show. During the Season 2 reunion of "The Real Housewives of New Jersey," an enraged Teresa Giudice threw Cohen down while trying to get to Danielle Staub.

Part 1 of "The Real Housewives of Orange County" reunion airs on July 10th.